By SpaceRef Editor
January 30, 2013
Filed under Boeing, Commerce, US 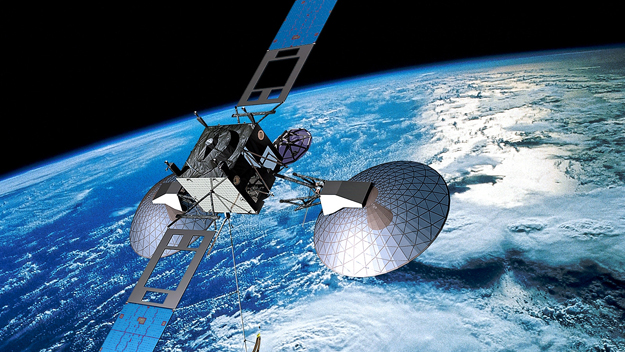 CAPE CANAVERAL, Fla., Jan. 30, 2013 — Boeing [NYSE: BA] has received the first on-orbit signals from the Tracking and Data Relay Satellite (TDRS)-K, demonstrating that the vehicle is functioning and ready to use its internal engine to boost it to its operational geosynchronous orbit. After reaching final orbit, it will undergo three months of tests and calibration before being put into operation by NASA to provide critical communications relay services to NASA and other U.S. space programs.

TDRS-K joins three other Boeing TDRS satellites in NASA’s system. It is the first of a new series of those satellites, featuring improved payload, power and propulsion, and will help provide users with enhanced, reliable communications bandwidth at the lowest cost.

“TDRS-K is another example of the vital space communication services Boeing has been providing to NASA for more than four decades,” said Craig Cooning, vice president and general manager of Boeing Space & Intelligence Systems.

A unit of The Boeing Company, Boeing Defense, Space & Security is one of the world’s largest defense, space and security businesses specializing in innovative and capabilities-driven customer solutions, and the world’s largest and most versatile manufacturer of military aircraft. Headquartered in St. Louis, Boeing Defense, Space & Security is a $33 billion business with 60,000 employees worldwide.