By SpaceRef Editor
July 21, 2010
Filed under Boeing, Commerce, US

Boeing is maturing the design of its CST-100 spacecraft under an $18 million Commercial Crew Development (CCDev) Space Act Agreement with NASA. The CST-100 can carry a crew of seven and is designed to support the International Space Station and the Bigelow Aerospace Orbital Space Complex (as shown in image MTF10-0006-01).

The CST-100 will be bigger than Apollo but smaller than Orion, and be able to launch on a variety of different rockets, including Atlas, Delta and Falcon. It will use a simple systems architecture and existing, proven components. The “100” in CST-100 refers to the 100 kilometers from the ground to low Earth orbit. 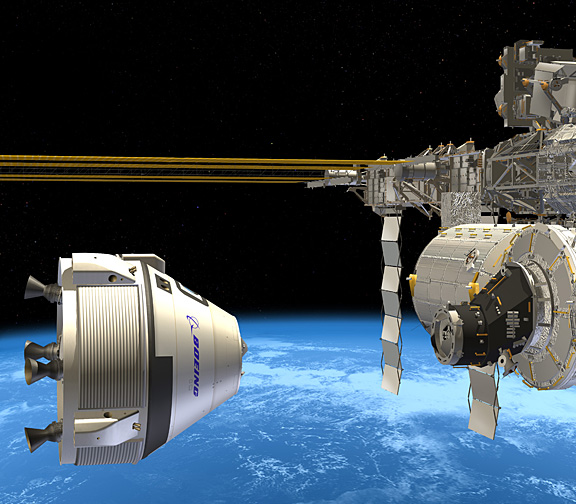 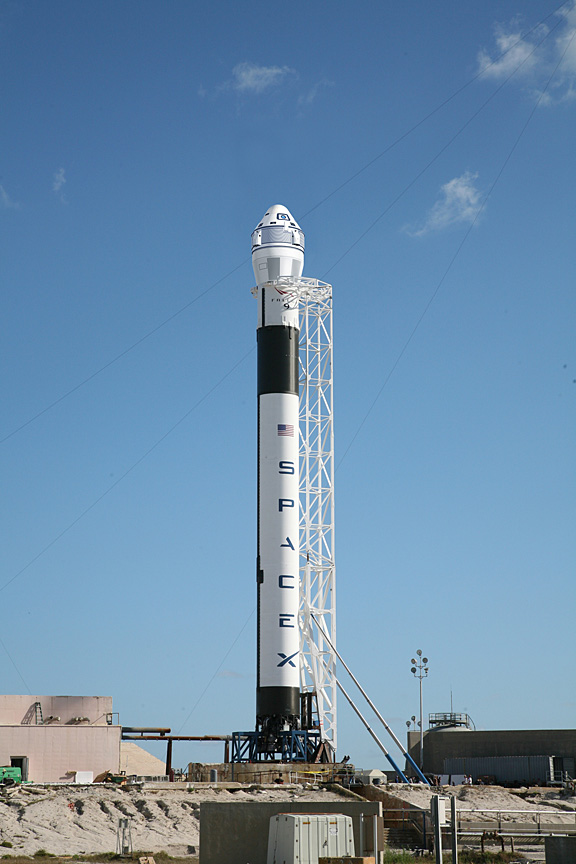 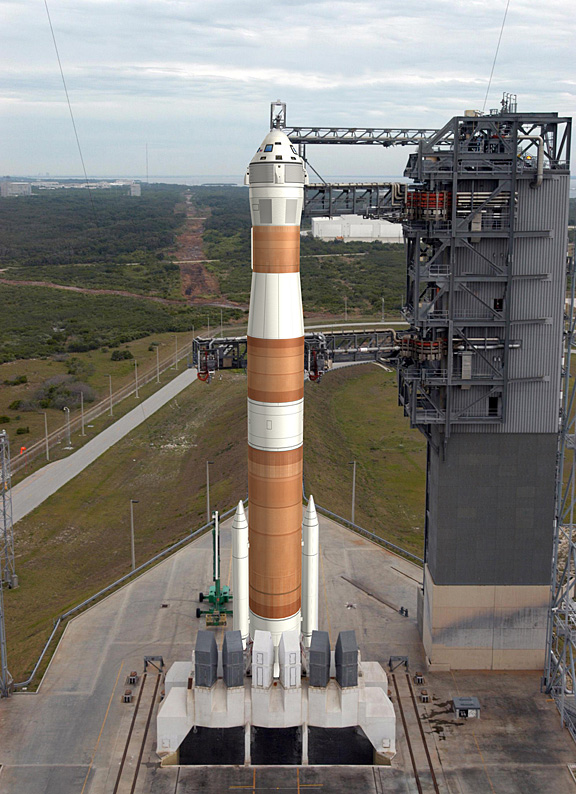 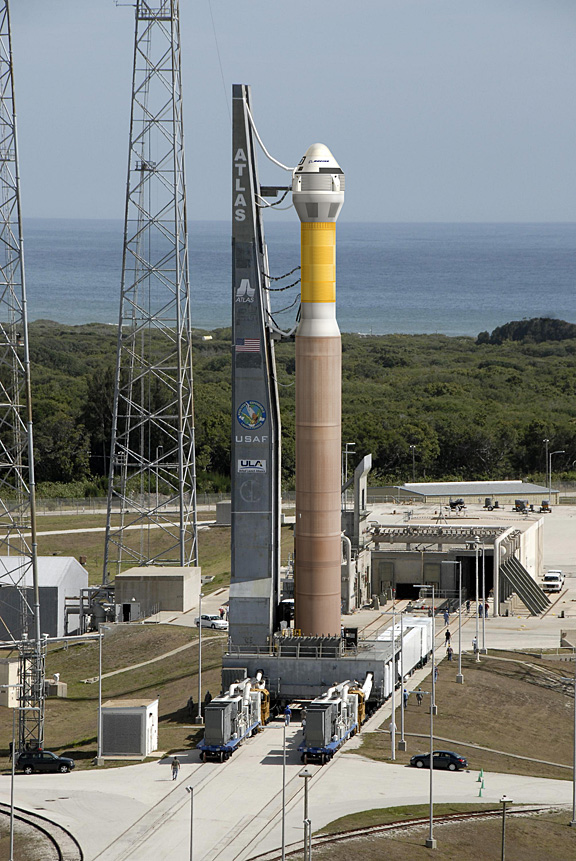 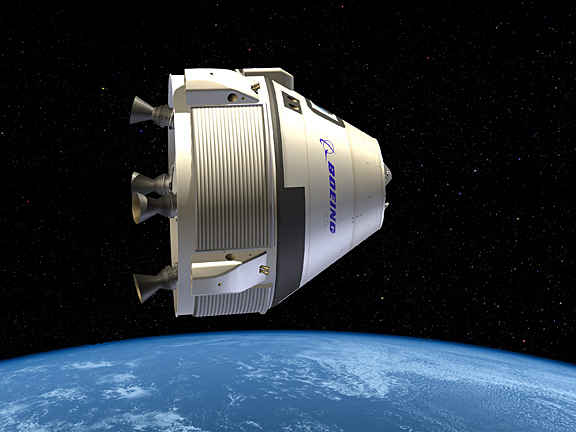