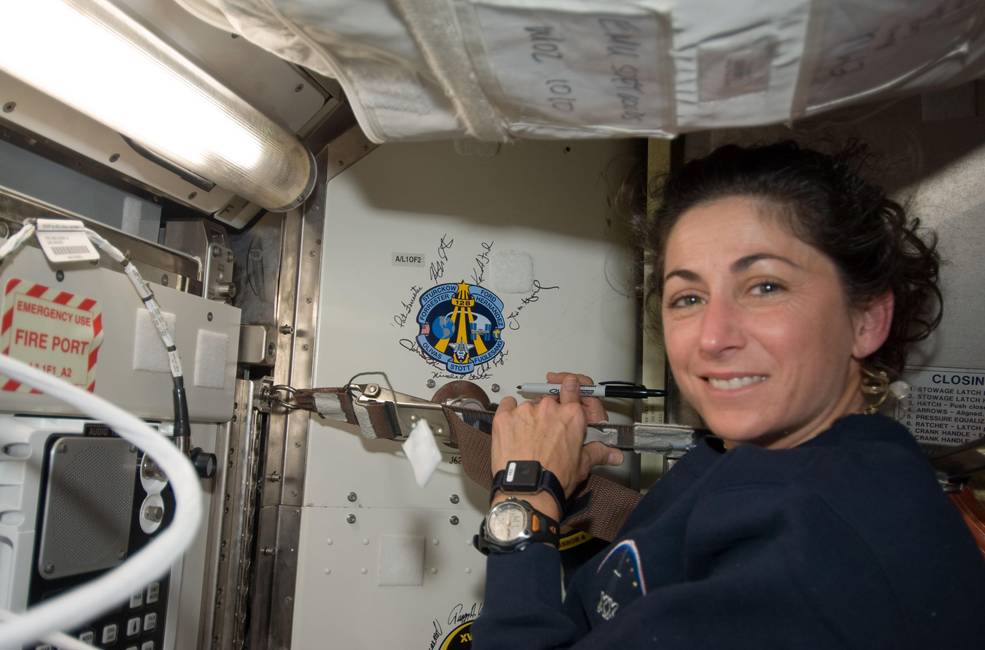 After 27 years with the space agency, astronaut Nicole Stott is retiring from NASA. Stott, who flew two spaceflight missions, including a long-duration mission on the International Space Station (ISS), plans to pursue a career as a full-time artist and advocate for science, technology, engineering, math and art (STEM/STEAM) education.

“NASA’s Flight Operations team wishes Nicole the very best in her new endeavors. Nicole has always cared deeply about America, our youth, and the importance of STEM education and inspiration,” said Brian Kelly, director for the Flight Operations Directorate at Johnson Space Center. “Her positive approach, knowledge, experience and fun style will serve her very well in her future pursuits.”

Stott was born in Albany, New York, and her hometown is Clearwater, Florida. She received degrees from both Embry-Riddle Aeronautical University and the University of Central Florida before joining NASA as an operations engineer in the Orbiter Processing Facility at Kennedy Space Center.

During her time at Kennedy, she held a variety of positions associated with the Space Shuttle Program including Shuttle Flow Director for Endeavour, Orbiter Project Engineer for Columbia, NASA Convoy Commander for space shuttle landings and Vehicle Operations Engineer, preparing space shuttles for their next mission. She also worked at Huntington Beach, California, for two years as part of the ISS Hardware Integration Office as a program lead between the flight hardware manufacturing site and launch site at Kennedy.

In 1998, she transitioned to the Johnson Space Center in Houston to work as a Flight Simulation Engineer on the Shuttle Training Aircraft, helping train astronaut pilots to land the space shuttle.

She was selected as a NASA astronaut in 2000. She held numerous assignments, including as a crew member on the undersea NASA Extreme Environment Mission Operations (NEEMO) 9 mission, for which Stott still holds the women’s world record for the longest saturation dive of 18 days, before being assigned to her first spaceflight mission.

In 2009, Stott flew aboard space shuttle Discovery STS-128 to the space station for a long-duration mission. As part of her 91 days supporting scientific research in space, Stott conducted a nearly seven-hour-long spacewalk and she also guided the station’s Canadarm2 robotic arm for the first track and capture of a visiting cargo vehicle. At the completion of her mission, returning on the space shuttle Atlantis, she was the last station crew member to return to Earth via a space shuttle.

She flew again in 2011, as a mission specialist on STS-133, the 39th and final mission for space shuttle Discovery. During the 13-day flight, the crew delivered the Permanent Multipurpose Module (PMM), completing the U.S. assembly portion of the ISS.

Stott returned to Kennedy for a one-year assignment as the Astronaut Office representative to the Commercial Crew Program and the team responsible for selecting contractors to build our next U.S. human-rated spacecraft. In her most recent assignment at Johnson, Stott served as Chief of the Vehicle Integration Test Office in the Astronaut Office/Flight Operations Directorate. Her last day with NASA was May 31.