Airbus Ready to Ship Aeolus for Final Testing Ahead of Launch

Aeolus, the European Space Agency’s wind sensing satellite, is leaving Stevenage, UK, in the next few days on the first part of its journey to space. It will be shipped to Toulouse, France, for final testing before it travels to French Guiana towards the end of the year ready for launch on a Vega launcher.

The 1.7-tonne spacecraft, primed by Airbus Defence and Space, features the LIDAR (Light Detection And Ranging) instrument called Aladin, which uses the Doppler effect to determine the wind speed at varying altitudes.

Aladin fires a powerful ultraviolet laser pulse down through the atmosphere and collects backscattered light, using a large 1.5m diameter telescope, which is then analysed on-board by highly sensitive receivers to determine the Doppler shift of the signal from layers at different heights in the atmosphere.

The data from Aeolus will provide reliable wind-profile data on a global scale and is needed by meteorologists to further improve the accuracy of weather forecasts.

Andy Stroomer, Head of Earth Observation, Navigation and Science in the UK for Airbus said: “With the shipment of Aeolus we reached a key project milestone and we now look forward to launching Aeolus as the forerunner of an operational system that will contribute significantly to improving weather forecasting.”

Beth Greenaway, Head of Earth Observation at the UK Space Agency, said: “It is great to see the Aeolus nearing completion. This is a tangible result of the UK contribution to the ESA EO Envelope programme over many years and is the latest in the Earth Explorer series. These observations will advance our understanding of tropical dynamics and processes relevant to climate variability. Accurate wind forecasts are also vital for commercial undertakings such as farming, fishing, construction and transport. Following the successful ESA Ministerial in December, where the UK allocated more than €1.4 billion over the next

ive years to European Space Agency programmes, we are looking at taking leading science and industrial roles in many future missions too.”

The spacecraft is leaving Stevenage on 29th January and will make its way by road to Toulouse (Intespace) in a special convoy. Testing will involve simulation of the Vega launch environment using special vibration and acoustic facilities. Following this the spacecraft will move on to specialist facilities at CSL in Liege, Belgium where it will undergo thermal vacuum tests to simulate the extremes of the space environment together with full performance testing of the instrument system.

Aeolus will fly in a 320 km orbit and have a lifetime of three years.

Airbus is a global leader in aeronautics, space and related services. In 2015, it generated revenues of €64.5 billion and employed a workforce of around 136,600. Airbus offers the most comprehensive range of passenger airliners from 100 to more than 600 seats. Airbus is also a European leader providing tanker, combat, transport and mission aircraft, as well as Europe’s number one space enterprise and the world’s second largest space business. In helicopters, Airbus provides the most efficient civil and military rotorcraft solutions worldwide. 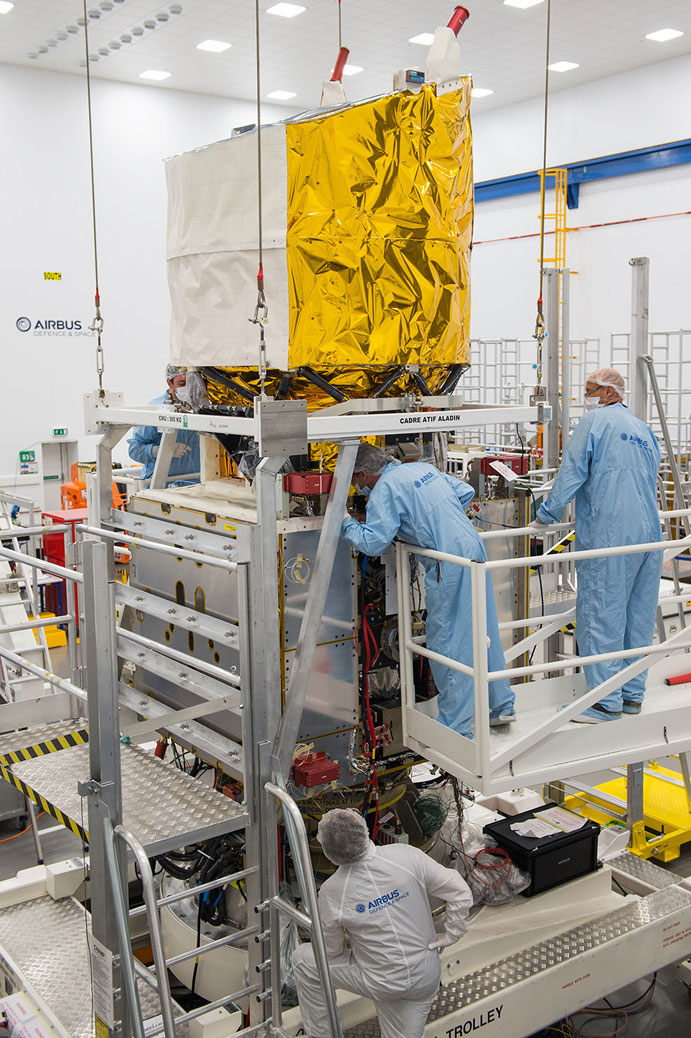