By SpaceRef Editor
February 22, 2013
Filed under Commerce, Orbital ATK, US 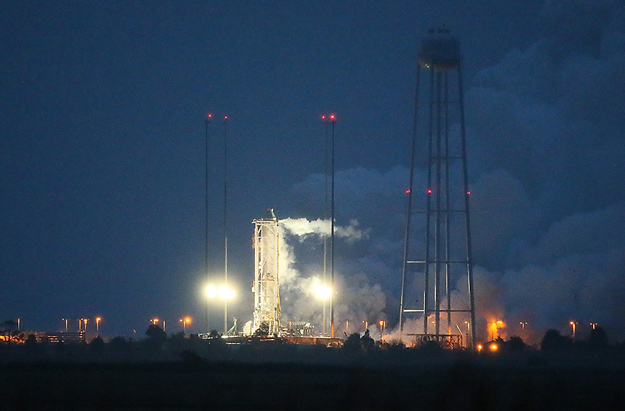 The AJ26 is a commercial derivative of the NK-33 engine that was first developed for the Russian N-1 rocket. The NK-33, oxidizer-rich, staged-combustion LO2/Kerosene engine is among the highest thrust-to-weight ratio of any Earth-launched rocket engine.

“Aerojet purchased the NK-33 engines from JSC Kuznetsov in the mid-1990s and has been developing design modifications to ensure that the AJ26 is suitable for U.S. commercial launch vehicles,” said Aerojet Executive Director of Space & Launch Systems, Pete Cova. “As teammates, JSC Kuznetsov brings tremendous technical support to our efforts and we are looking forward to supporting Orbital in its Cargo Resupply Contract with NASA.”

Aerojet is a world-recognized aerospace and defense leader providing propulsion and energetics to the space, missile defense, strategic, tactical missile and armaments areas in support of domestic and international markets. GenCorp is a leading technology-based manufacturer of aerospace and defense products and systems with a real estate segment that includes activities related to the entitlement, sale, and leasing of the company’s excess real estate assets. Additional information about Aerojet and GenCorp can be obtained by visiting the companies’ websites at http://www.Aerojet.com and http://www.GenCorp.com.