A room with a view for the International Space Station

Development phase completion of the European-built observation module, or “cupola”, for the International Space Station will be marked by a ceremony at the Alenia Spazio facility in Turin, Italy on Monday 6 September. The cupola, currently scheduled for launch in January 2009, is an observation and control tower for the ISS, with windows that will provide a panoramic view for observing and guiding operations on the outside of the station. The pressurised module will accommodate command and control workstations and other hardware, enabling crewmembers to control the station’s robotic arm – for attaching and assembling various station elements – and to communicate with other crewmembers in other parts of the station or outside during spacewalk activities. The cupola will also be used for observational applications in the areas of Earth observation and space science

The cupola project is the outcome of a bilateral barter agreement between the European Space Agency and NASA, under which ESA is providing the cupola for the ISS in exchange for Shuttle transportation of European equipment and experiments to the station. The completion of the cupola marks the end of the development phase of the project, which began with the signing of the cupola contract between ESA and Alenia Spazio on 8 February 1999. Under the contract, Alenia Spazio acted as prime contractor for production, responsible for coordinating six other firms: CASA (Spain), APCO (Switzerland), SAAB Ericsson and Lindholmen Development (Sweden), EADS Space Transportation (Germany) and Verhaert (Belgium).

The 1.8-tonne cupola is now ready to be transported to the Kennedy Space Center at Cape Canaveral, Florida. There, it will go through a final set of checks before being put into storage for four years, at the end of which it will be prepared for launch. 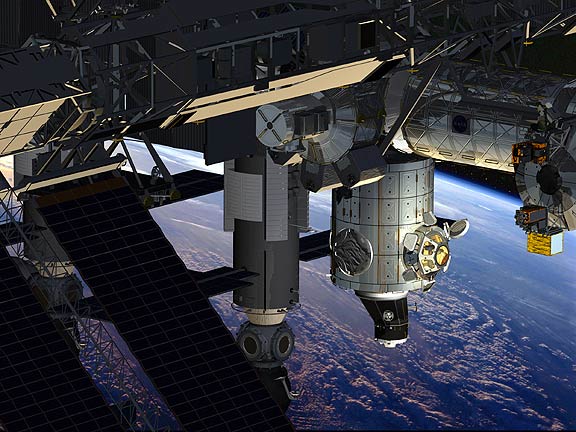 Media representatives interested in participating are requested to fill in the attached form and return it via fax to: