The latest edition of Space Quarterly magazine is now available. Highlights of our U.S. edition include a look at the Democratic and Republican space polices leading up to the election along with what budget cuts mean for NASA’s flagship programs.
We also get an update on European space policy and French and U.K. space programs along with other emerging European space programs.

– From the X Prize to Mining Asteroids, an interview with Peter Diamandis
– Return of NASA’s Institute of Advanced Concepts
– Do Budget Cuts Mean and End to Flagship Programs?
– Space, Republicans, and the 2012 Election
– Tradition vs Reform in 2012: A Democratic Perspective
– Is there a Future for Space-Based Solar Power?
– UrtheCast – Startup Aims to Market the View From the ISS
– Curiosity: The Last Big Mars Rover?
– European Space Policy Update
– Emerging European Space Programs
– What’s Next for CNES?
– UK Space Agency – Initial Assessment
– Quantum Revolution

Highlights of our Canadian edition include a look at Canada’s space policy and budget what the cuts could mean for Canadian programs. In the 50 years since Canada became the third country to build its own satellite we’ve never develop the capability to launch and orbit satellites. We look into the history and ramifications of being the only top 10 nation not to have the capability or have the capability in development.

– From the X Prize to Mining Asteroids, an interview with Peter Diamandis
– Canadian Briefs: Refinancing and Government Policy Shifts
– Searching for the Elusive Canadian Launch Vehicle
– Health in the Arms of a Space Robot
– In the Absence of Government Leadership Canada’s Space Sector Faces an Uncertain Future
– UrtheCast – Startup Aims to Market the View From the ISS
– Canadian Microsatellite Systems
– Is there a Future for Space-Based Solar Power?
– Canada Heads to an Asteroid with NASA’s OSIRIS-REx Mission
– Curiosity: The Last Big Mars Rover?
– Do Budget Cuts Mean and End to Flagship Programs?
– European Space Policy Update
– UK Space Agency – Initial Assesment
– Quantum Revolution 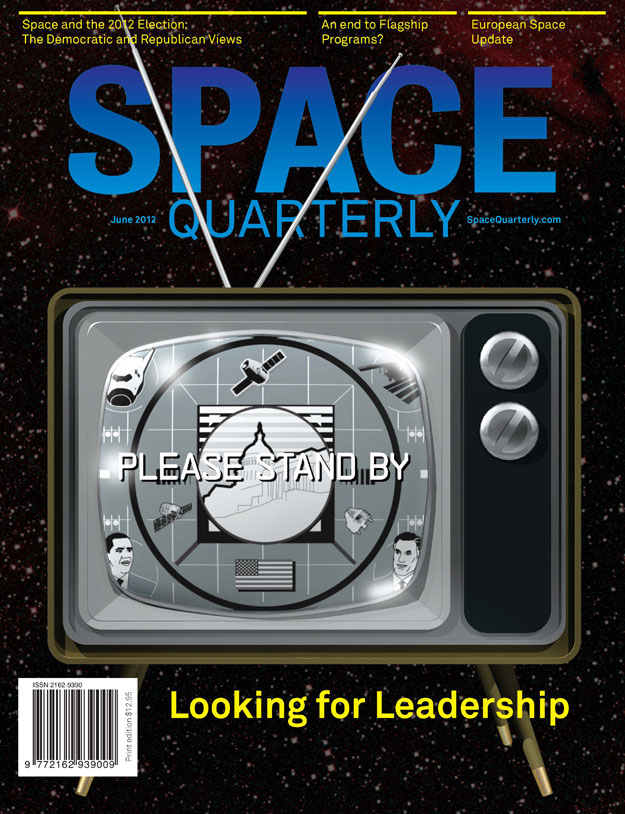 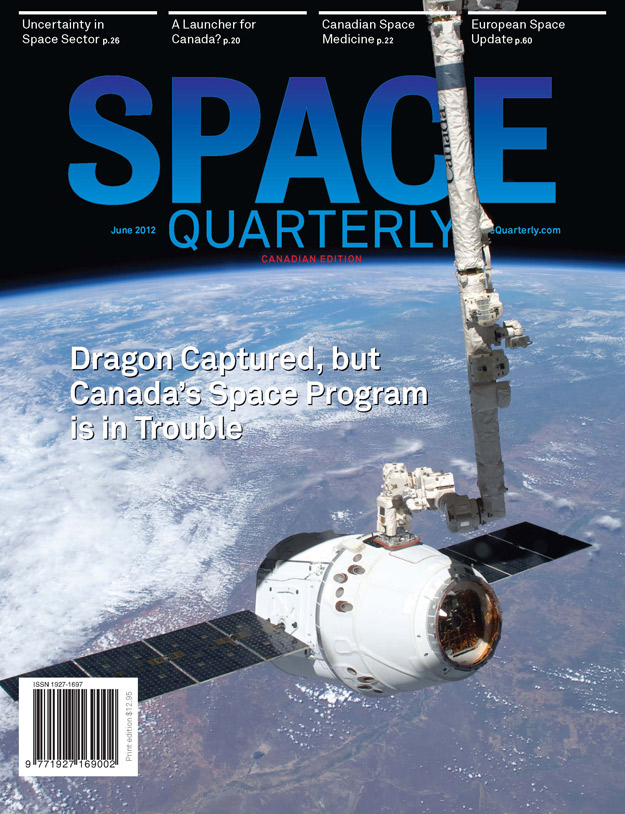