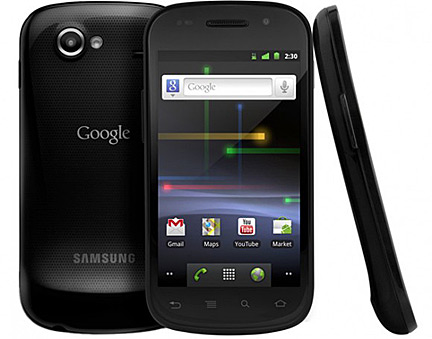 NASA has equipped a trio of SPHERES with a Nexus S by Google smartphone to head to the International Space Station. Samsung Telecommunications America (Samsung Mobile), a leading mobile phone provider and the No. 1 mobile phone provider in the U.S. 1, and Google(TM) today announced Nexus(TM) S is aboard NASA’s final space shuttle. As a leader in technology and innovation, Samsung is pleased to be a part of this moment which will most certainly be marked in history. Nexus S from Google is part of research that will equip small, free-flying satellites called Synchronized Position Hold, Engage, Reorient, Experimental Satellites (SPHERES) used by the astronauts to provide a broader range of capabilities and give better communication between land and sky.
Nexus S is the first commercial smartphone certified by NASA to fly on the space shuttle and to be cleared for use on the International Space Station. The experiment will use the smartphone-enhanced SPHERES as remotely operated robots to conduct interior survey and inspections of the station, to capture mobile camera images and video, and to study how robots can support future human exploration.

The addition of Nexus S to the SPHERES will add to the capabilities of each individual satellite while further increasing NASA’s understanding and exploration of space. Lead engineer in the Intelligent Robotics Group at NASA’s Ames Research Center, Moffett Field, Calif., DW Wheeler, explains, “By connecting a smartphone, we can immediately make SPHERES more intelligent. With a smartphone, the SPHERES will have a built-in camera to take pictures and video, sensors to help conduct inspections, a powerful computing unit to make calculations, and a Wi-Fi connection that we will use to transfer data in real-time to the space station and mission control.”

“Samsung is proud to have the Nexus S chosen to be aboard NASA’s final space shuttle launch, an event that is historical,” said Dale Sohn, president of Samsung Mobile. “The research that is being conducted with SPHERES using the Nexus S will help monitor and communicate from the International Space Station.”

In 1999, a group of Massachusetts Institute of Technology (MIT) undergraduate students, in conjunction with the Department of Defense and NASA, built five volleyball-sized free-flying satellites. These satellites are now referred to as Synchronized Position Hold, Engage, Reporient, Experimental Satellites (SPHERES) and three of them have been on the International Space Station since 2006. Each SPHERE satellite is self-contained with propulsion, power, navigation and computing equipment. When first designed, the usage possibilities of today were far from conceivable, thus an “expansion port” was built into each of the SPHERES. Additional appendages and sensors can be added to the satellites, allowing wireless power transfer systems and cameras to become parts of the systems. Nexus S is the first commercial smartphone to become a part of the SPHERES via this expansion port.

With the addition of Nexus S, it allows SPHERES a wider range of capabilities on the satellites and improved communication between the land and sky. Mission control can remotely operate Nexus S-enhanced satellites to perform relatively mundane tasks such as running inventory or environmental surveys on the space station. Thus, astronauts will be able to dedicate more time to science experiments and other work rather than having to respond to routine maintenance demands.

Space shuttle Atlantis will embark on a 12-day mission to the International Space Station from NASA’s Kennedy Space Center in Florida. The STS-135 mission is the final flight of the Space Shuttle Program. Atlantis’ STS-135 mission will deliver the Raffaello multi-purpose logistics module filled with supplies and spare parts to sustain space station operations after the shuttles are retired.

Co-developed by Google and Samsung, Nexus S features brilliant Super AMOLED touch screen technology, a 4-inch Contour Display with a curved design and Near Field Communication (NFC) technology which allows information to be read off of everyday objects. The smartphone features a 5 megapixel rear facing camera and camcorders as well as a VGA front facing camera. Nexus S is powered by Android(TM) 2.3, the latest version of Google’s Android platform, making the smartphone not merely a telephone but a powerful mobile computer at the same time. Nexus S also has Bluetooth and Wi-Fi networking, as well as 16 GB of internal memory.

Google, Nexus, and Android are trademarks of Google, Inc.