Obayashi and the Space Elevator – A Story of Hype 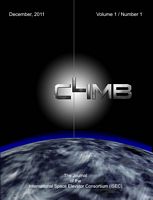 When the news broke a couple of days ago on the Yomiuri Online web site that the Obayashi Corporation would be building a Space Elevator by 2050 I was skeptical. Why? Well let’s examine the original article. If you use Google’s Chrome web browser you have the option of having the article translated. I did that. As well a little history of the company helped.

Obayashi is a huge global construction company and like other Japanese construction companies it projects its business plan with a very long term view. So every now and then they put forward some visionary construction project. It won’t get built anytime soon, if ever, but maybe, just maybe someday it will. Unfortunately that’s not the case here.
I’ve been to Japan many times and have met with senior execs from companies similar to Obayashi, and while they have an interest in big space projects, the reality is, these are just dreams and ways to get their companies in the news.

You see this was just a case of marketing hype. It turns out that Obayashi is just about to complete work on the Tokyo Sky Tree, a 634 meter observation and communications tower destined to pull in tourists and relieve them of their money for a view of Tokyo, a meal, a souvenir etc. The Space Elevator aspect of the story, well it certainly got people’s attention, the media were sucked in.

The original article didn’t even mention the Tokyo Sky Tree, but subsequent ones did. The press conference was all about Tokyo Sky Tree. Of course it doesn’t hurt to talk about visionary projects.

While Obayashi or some other company or consortium of companies might build a space elevator by 2050, that’s like saying humans will walk on Mars by 2030. You can say it, but unless you back it up with money, plan for it and deal with the challenges inherent with such mega projects, it’s just hype at this point.

You want reality? How about this. The first ever issue of the Space Elevator Journal is now available and has some great papers on the current state of development efforts to make a space elevator a reality. Forget the hype and read the real stuff which will hopefully one day lead to the development of a real space elevator.