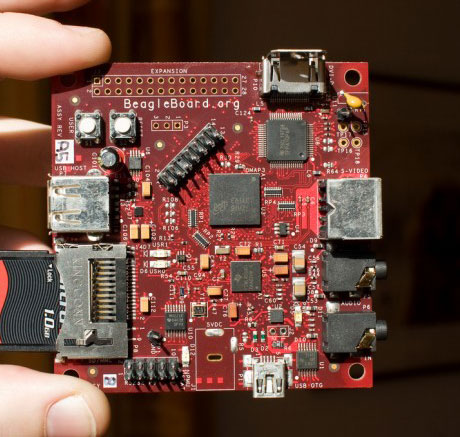 “Open source hardware hobbyists now have a chipset to play with that’s comparable to the powerful processors found in smartphones such as the Nexus One or HTC Incredible. Texas Instruments has released a new version of its low-power, single-board computer called BeagleBoard-xM. It’s based on the same 1-GHz ARM Cortex A8 processor that drives the most sophisticated smartphones today. That gives it far more processing power than the leading open-source microcontroller platform, Arduino, which many hobbyists currently use to create robots, sensors, toys and other DIY devices. The BeagleBoard-xM has multimedia features similar to the processor seen in the Palm Pre and Motorola Droid, and includes on-board ethernet, five USB 2.0 ports and 512 MB of memory.” Read More at Gadgetlab