The first 3D printer bound for space passed a series of critical microgravity tests at NASA’s Johnson Space Center in Houston, Texas. Made in Space, the space manufacturing company, conducted examinations of their proprietary 3D printer technology during four microgravity flights lasting two hours each, simulating conditions found on the ISS.
The printer, as part of the 3D Print Experiment in coordination with NASA, is scheduled to arrive at the International Space Station (ISS) in 2014.

“Humanity’s future ultimately depends on our ability to explore and occupy space. The 3D printing technologies developed and tested during our Zero-G flights are a cornerstone to building that future. We reached a milestone in our goal to lay that cornerstone with the success of these prototype tests,” said Mike Snyder, P.I. on the 3D Print Experiment and Lead Design Engineer.

The unique challenges posed by off-Earth 3D printing require technology and hardware specifically adapted for space. In these microgravity tests, Made in Space assessed layer adhesion, resolution and part strength in the microgravity environment.

“The 3D printer we’re developing for the ISS is all about enabling astronauts today to be less dependent on Earth,” said Noah Paul-Gin, Microgravity Experiment Lead. “The version that will arrive on the ISS next year has the capability of building an estimated 30% of the spare parts on the station, as well as various objects such as specialty tools and experiment upgrades.” 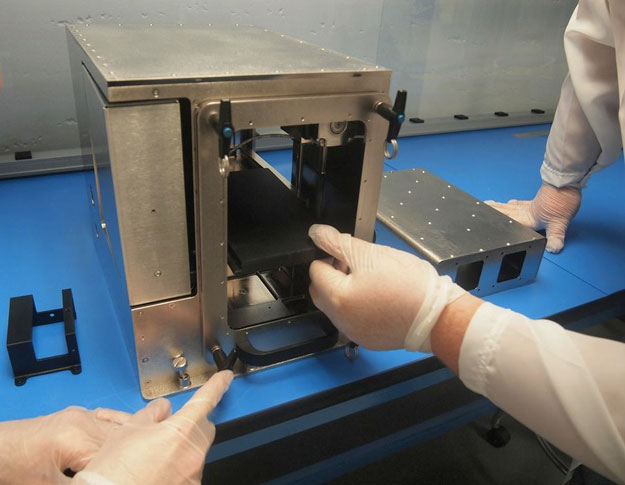 Made in Space has partnered with NASA MSFC to put the first 3D printer in space.

3D printers use extrusion-based additive manufacturing to build objects layer by layer out of polymers, composites, metals and other materials. The success of these recent microgravity tests is evidence that Made in Space’s vision of a future is one step closer: a future where everything from simple tools to immense satellite arrays are printed in space.

The flights were made as part of NASA’s Flight Opportunities Program. In 2011, Made in Space was chosen to perform both parabolic and suborbital test flights. The company was then awarded a NASA Phase 1 SBIR Contract to deliver their 3D printer to the ISS.

Previous test flights guided the design of the current prototype, the first and only 3D printer designed for space. Over four flights consisting of 32 microgravity parabolas each, three prototype versions were tested. They were secured in Zero-G Corporation’s modified Boeing 727 to examine printing and hardware effects over the course of the two-hour flights. 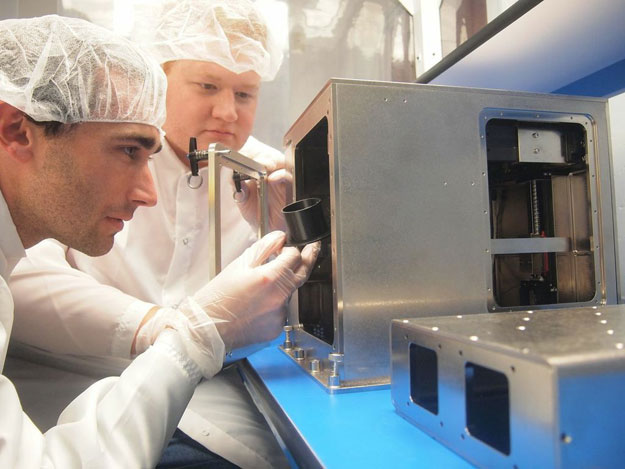 Made in Space CTO Jason Dunn (left) and P.I. of the 3DP Experiment Mike Snyder look to optimize the first 3D printer for space.

The 3D printer prototype will next engage in environmental testing at NASA’s Marshall Space Flight Center in Huntsville, Ala.

“Today, we demonstrated that our 3D printers can print in microgravity. Next year, we will demonstrate that they can print on the International Space Station,” said Mike Chen, Strategic Officer

About Made in Space

Founded in 2010 with the goal of enabling in-space manufacturing, Made in Space set out to radically impact how we do space missions today. Made in Space’s team members and advisors include successful entrepreneurs (Aaron Kemmer, Jason Dunn, Mike Chen, Jason Lam, Alison Lewis), experienced space experts (three-time astronaut Dan Barry, Mission Lead Mike Snyder, and NanoRacks, LLC CTO Mike Johnson) and key 3D printing experts (Scott Summit, Gonzalo Martinez). Made in Space has partnered with top 3D printing companies to leverage this technology for use in space. The company’s Unique Innovation Lab has done over 20,000+ hours of testing of various 3D printing technologies, off-the-shelf and custom-built printers, and dozens of printer components.

For more information about Made in Space, visit:
www.madeinspace.us