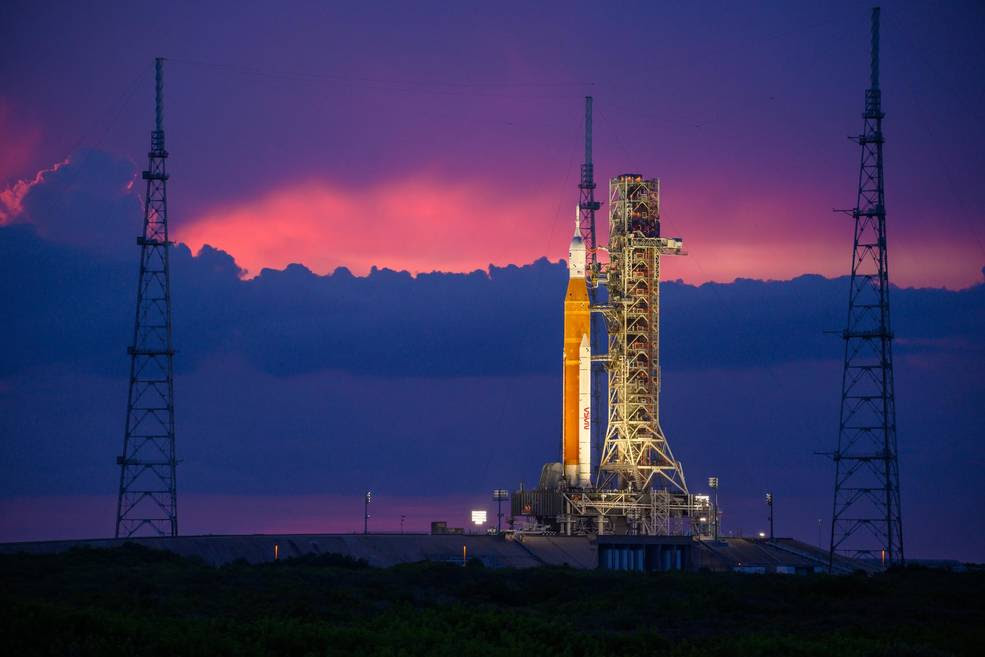 NASA will host a media teleconference at 2 p.m. EDT Tuesday, Sept. 27, to discuss the agency’s decision to roll the Artemis I Space Launch System rocket and Orion spacecraft back to the Vehicle Assembly Building (VAB) at NASA’s Kennedy Space Center in Florida. Artemis I is a flight test to launch SLS and send Orion beyond the Moon and back to Earth before future missions with crew.

As Hurricane Ian moves toward Florida, the agency began to roll back its rocket and spacecraft at 11 p.m. Monday, Sept. 26, providing enough time for employees to prioritize safety of their families, as well as protect the Artemis I hardware before the hurricane makes landfall.

Audio of the call will livestream on the agency’s website at:

NASA used the latest information provided by the National Oceanic and Atmospheric Administration, the U.S. Space Force, and the National Hurricane Center to guide its decision making. As center director, Petro will provide big picture hurricane preparations underway at Kennedy.

Through Artemis missions, NASA will land the first woman and the first person of color on the Moon, paving the way for a long-term lunar presence, and serving as a steppingstone to send astronauts to Mars.

For updates, follow along on NASA’s Artemis blog at: