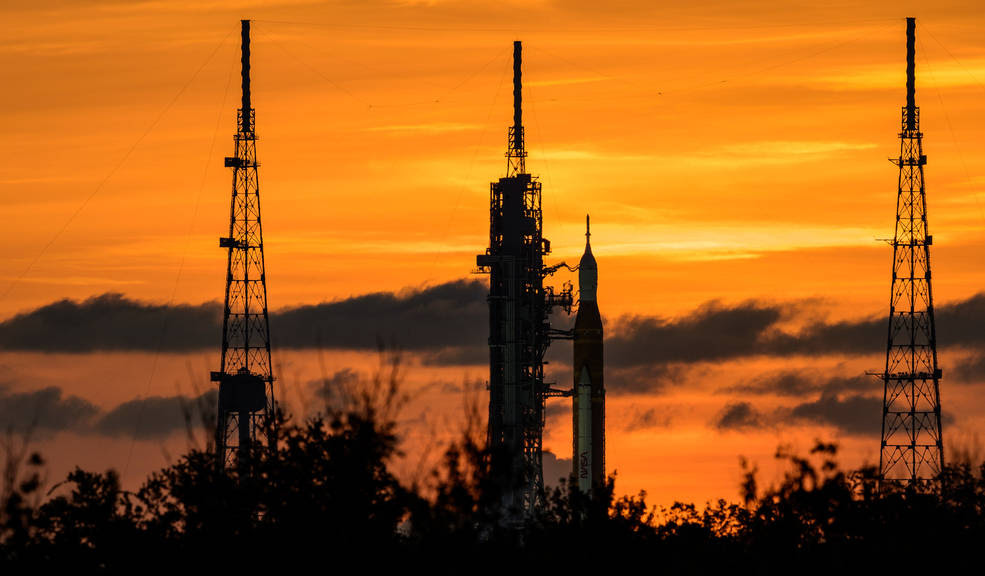 NASA will hold a media teleconference at 11 a.m. EDT Thursday, Sept. 8, to discuss next steps for the Artemis I mission to launch the Space Launch System (SLS) rocket and Orion spacecraft from the agency’s Kennedy Space Center in Florida.

Audio of the call will livestream on NASA’s website at: https://www.nasa.gov/live

Artemis I is an uncrewed flight test. It is the first in a series of increasingly complex missions to provide a foundation for human exploration in deep space and demonstrate our commitment and capability to extend human existence to the Moon and beyond.

To participate by telephone, media must RSVP no later than two hours prior to the start of the event to: ksc-newsroom@mail.nasa.gov.

After standing down on the Sept. 3 launch attempt due to a hydrogen leak, teams have decided to replace the seal on an interface, called the quick disconnect, between the liquid hydrogen fuel feed line on the mobile launcher and the rocket while at the launch pad.

Through Artemis missions, NASA will land the first woman and the first person of color on the Moon, paving the way for a long-term lunar presence and serving as a steppingstone to send astronauts to Mars.