The Moraines of Malaspina Glacier As Seen From Orbit

The remarkable moraine patterns of Malaspina Glacier – the largest piedmont glacier in the world – are featured in this false-colour image acquired by Copernicus Sentinel-2.

Malaspina Glacier is located west of Yakutat Bay in southeast Alaska, US. Covering an area of around 2900 sq km, the glacier flows for around 80 km along the southern base of Mount St. Elias and is around 300 m thick.

Malaspina flows faster than the piedmont glaciers in Antarctica and Greenland. Piedmont glaciers flow from a steeply sided valley, where the ice is constrained by mountains, onto a flat plain. The change in environment from narrow to wide creates the piedmont’s signature rounded lobe.

This Sentinel-2 image shows the central lobe of the glacier surging towards the sea. This image has been processed using the near-infrared channel to highlight vegetation in bright red. The wavy lines around the lower half of the glacier are rock, soil and other debris that have been deposited by the glacier – called moraines.

The colour of soil varies from light to dark brown in the image, while ice and snow appear bright white. The low Sun level at Alaska’s high latitudes during this season is evident by the shadows cast north by the Elias Mountains. Clear waters of the Pacific Ocean appear dark blue, while turbid waters appear in cyan.

The Malaspina Glacier is widely studied by scientists around the world. Its vulnerability to climate change and its cycles of surges and retreats were studied by scientists using Copernicus and Landsat data. They found that in the event of sea level rise, induced by climate change, seawater could cause major changes in the glacier’s terminus and lead to severe impacts on habitats in the area.

This image, also featured on the Earth from Space video programme, was captured on 4 July 2022. 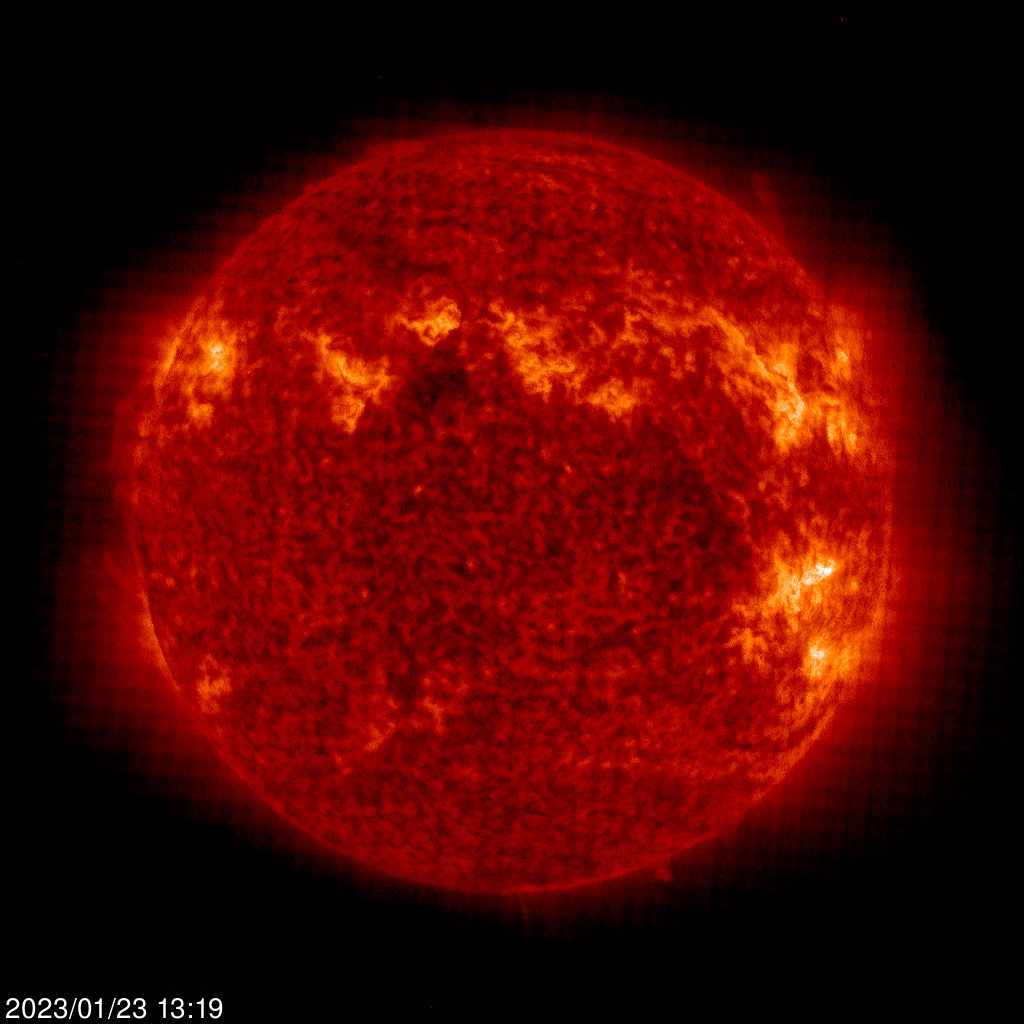