Is this Iran’s Future Manned Spacecraft?

Iran has publicly said it plans to send a human into space by 2019. Up until now we had not seen an image of what an Iranian manned spacecraft might look like. However at the 63rd International Astronautical Congress (IAC) in Naples, Iran had a poster on display with a spacecraft on it. Is this the future Iranian manned spacecraft?
According to Tal Inbar, head of Israel’s Space Research Center of the Fisher Institute for Air and Space Strategic Studies, he noticed the poster while visiting the booth of the Asia-Pacific Space Cooperation Organization (APSCO), a Chinese-led organization for space cooperation.

“It was one of several hanging in the booth, and although it is very limited in details, I believe this is a representation of a model in which Iran has invested some engineering work,” Inbar said.

Inbar, a long time analyst of Iranian missile and space programs noted that Iranian President Mahmoud Ahmadinijad has spoken publicly about plans to send an Iranian astronaut into space. “Ahmadinijad has been talking about the Islamic Republic’s space ambitions for years… and this appears to be the first look at their manned space capsule,” Inbar said.

“It is clear that Iran is considering a suborbital manned space mission, since they lack the launch vehicle for orbital insertion of manned capsule” inbar concluded.

Iran had a small representation at the IAC with only a handfull of papers presented. 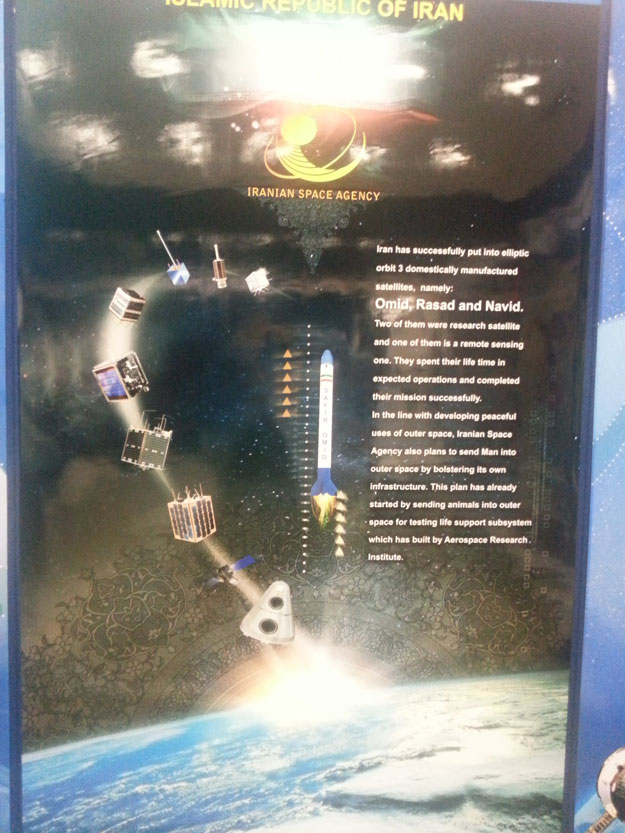