To celebrate the recent data release from Landsat 9, this week we take a closer look at a part of Washington state – the northwesternmost state of the US – through the lens of Landsat 9.
Data from Landsat 9, which was launched in September 2021, is now publicly available for users and researchers across the world. The satellite will continue the programme’s critical role in monitoring, understanding and managing the land resources needed to sustain human life.

A partnership between NASA and the US Geological Survey, the satellite carries two science instruments, the Operational Land Imager 2 (OLI-2) and the Thermal Infrared Sensor 2 (TIRS-2). The OLI-2 captures observations of the Earth’s surface in visible, near-infrared, and shortwave-infrared bands, and TIRS-2 measures thermal infrared radiation, or heat, emitted from Earth’s surface. 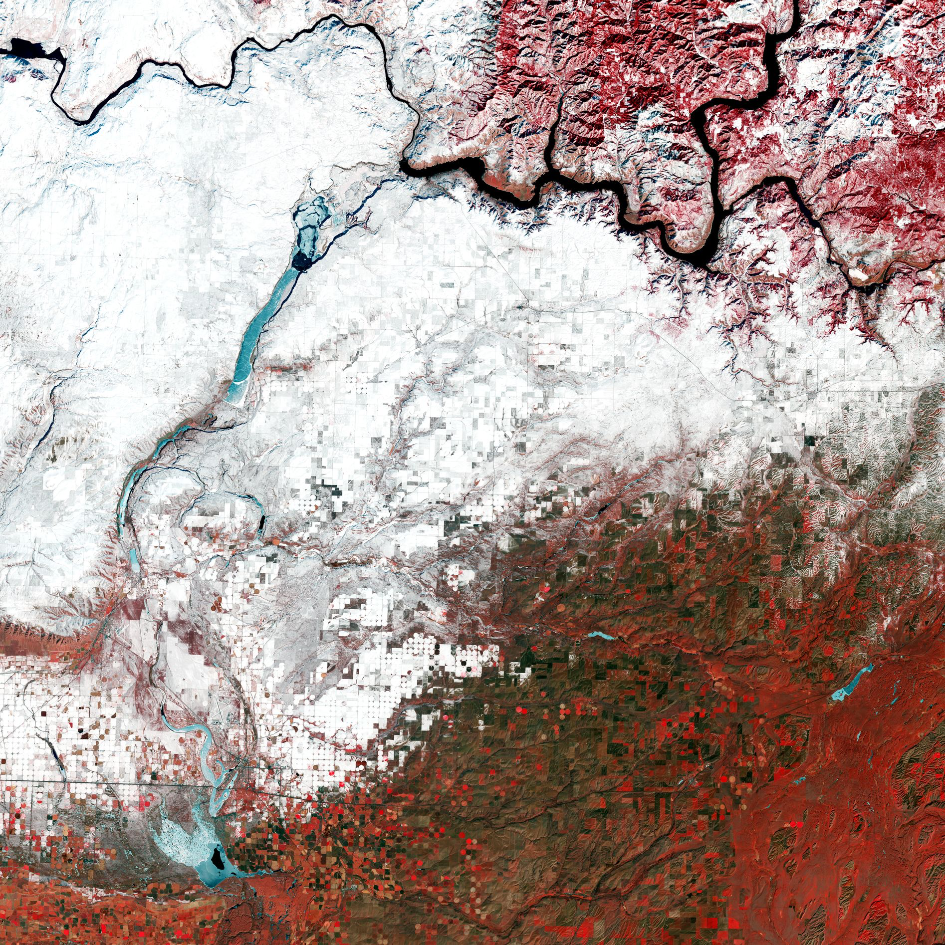 This false-colour image, captured on 12 February 2022 by Landsat 9, has been processed using the satellite’s near-infrared channel. This channel is frequently used to highlight vegetation, which is particularly evident in the lower half of the image. Fields that are currently cultivated can be seen in bright red, while unvegetated areas appear in green and brown. Circular shapes, predominantly in the bottom-left, are centre-pivot irrigation fields – where equipment rotates around a central pivot and crops are watered with sprinklers. Washington is a leading agricultural state, with the top crops being apples, milk, potatoes and wheat.

Columbia River, the largest river in the Pacific Northwest, is visible in the top of the image in black. The river rises in the Rocky Mountains of British Columbia, Canada, flows through Washington and Oregon, before emptying into the Pacific Ocean. The river is one of the world’s greatest sources of hydroelectric power and, with its tributaries, represents a third of the potential hydropower of the United States.

As water absorbs a fair amount of radiation, water bodies, such as the Columbia River, appear black in the image. However certain icy water bodies dotted in the left of the image can be seen in turquoise as ice reflects less in the near-infrared channel than in the visible part of the spectrum.