1. This is the Executive Summary of the 2001 update survey into the size and health of the UK space industry. The survey was carried out by ESYS plc on behalf of the British National Space Centre (BNSC) and covers the financial years 1999/2000 and 2000/01.

2. An overview of the UK space industry and the type of companies surveyed are provided in Figure 1. This is the first 'size and health' survey to have included downstream sectors such as satellite communication service providers, user equipment providers and space insurance companies. The number of companies surveyed was 230 including 73 that were surveyed in 1998 and 157 new companies. Hence this was the most ambitious and comprehensive survey of UK commercial space activities to date. 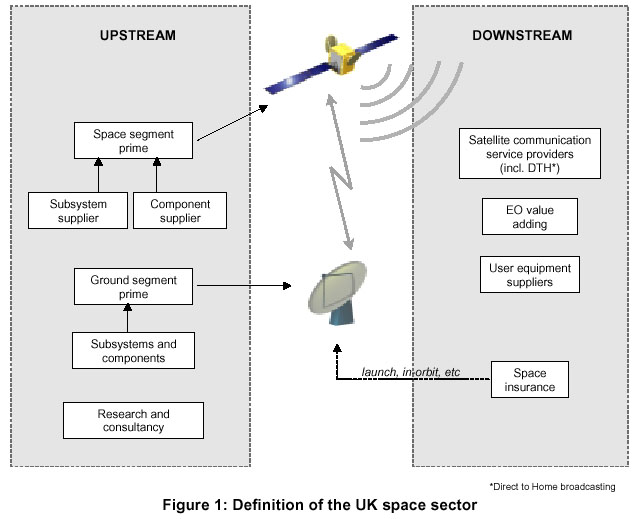 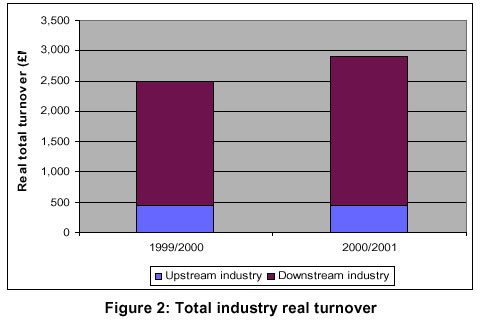 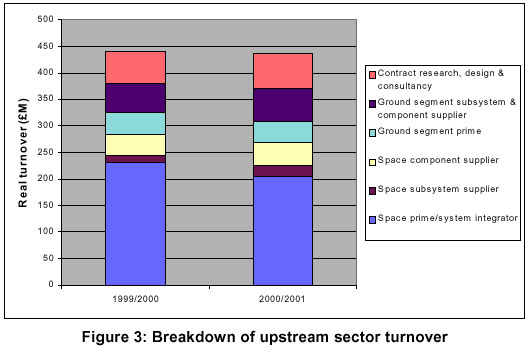 8. In the downstream sector, satellite communication service providers are the major business category, even when DTH 2 revenues are excluded.