It Is Rocket Science! NASA Releases Abundance of Free Code

Status Report From: Office of Science and Technology Policy
Posted: Friday, May 15, 2015 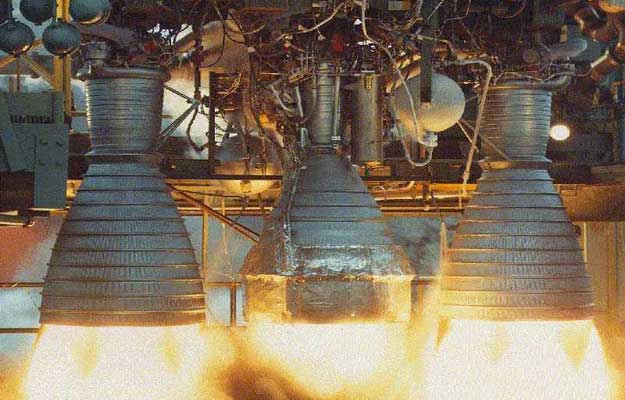 This week, NASA released its second annual Software Catalog, a giant compendium of over 1,000 programs available for free to industry, government agencies, and the general public. The Software Catalog contains the actual advanced engineering and aeronautics codes NASA engineers purpose-built for their daily work.

The Software Catalog stemmed from the October 28, 2011 Presidential Memorandum on accelerating the commercialization of Federal research in support of high-growth businesses, in which the President challenged all Federal agencies to find new ways to increase the efficiency and economic impact of their technology transfer activities.

In response to this call to action, NASA developed a five-year plan for accelerating technology transfer with several high-level objectives, one of which was to locate, collect, and make accessible all of the agency’s software. The result was the Software Catalog, a comprehensive offering of all of NASA’s releasable software, including programs designated as open-source, codes-restricted, and government-use. The first edition of the Software Catalog, published in May 2014, has been downloaded over 100,000 times, and the Software Catalog website (software.nasa.gov) has received millions of visitors. With the release of the second edition of the Software Catalog, NASA remains the first and only agency to offer this comprehensive a collection of free software tools, and serves as an example for others to follow.

When in the hands of NASA engineers and scientists, these software tools maintain smooth operation of the myriad complex instruments on the Hubble Space Telescope, land rovers on Mars, enable efficient and safe launch operations, and help design the next generation of space vehicles. When in the hands of industry, these tools help create jobs, start new companies, and even save lives. This supports the Administration’s Lab-to-Market priority, under which the Federal labs and agencies are encouraged to make the results of their research more widely available to industry.

As the emerging commercial space industry takes flight, NASA software helps give the leg up that new companies in this nascent industry need. NASA is providing the safety protocols, guidance and navigation codes, and even the advanced design tools needed for building spacecraft.

But programs in the Software Catalog have applications beyond space. NASA’s software has been used by hundreds of non-aerospace companies in everything from managing complex shipping operations, to designing roller coasters, to providing the pattern matching algorithms behind popular online dating sites, to non-invasive tracking of endangered species.

To further advance the President’s agenda on accelerating technology transfer, NASA has begun updating software-release procedures, automating processes, managing workflow with process-based metrics, and building the infrastructure necessary to understand the agency’s available assets – all of which will serve growing stakeholder communities, and empower more users to access NASA software. NASA is also shortening software-usage agreements and implementing a new agreement to make it truly simple to access more of these tools. These features will be available at the end of the fiscal year.

Federally funded research fuels economic growth, U.S. competitiveness, and the creation of new products, jobs, companies – even entirely new industries.  This research goes beyond hardware or patented technologies and can involve government software assets as well. NASA’s execution of its five-year plan is a great example of sustained, high-impact solutions emanating from the Administration’s Lab-to-Market initiative.

Doug Rand is Assistant Director for Entrepreneurship at the White House Office of Science and Technology Policy.