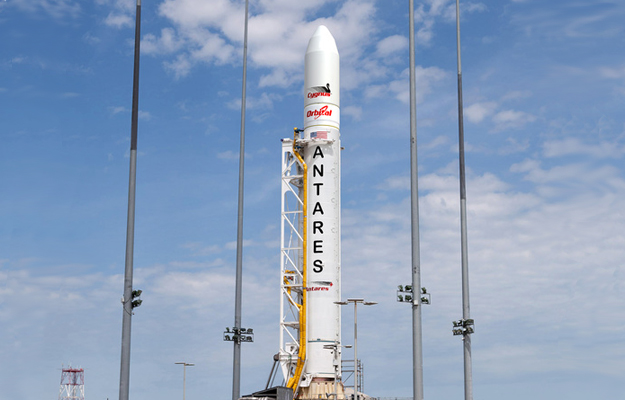 A-ONE Mission Team Working Toward an Attempt on Sunday, April 21

"Given the winds and wind direction, the debris requirement for the Range and Federal Aviation Administration could not be achieved today," said Mr. Frank Culbertson, Orbital's Executive Vice President and Mission Director for the Antares Test Flight. "This requirement keeps any potential debris from falling outside of a predefined area in the event of an anomaly. Flight requirements dictate that we stop the countdown and pick it up when the conditions improve."

The next launch attempt is scheduled to take place no earlier than Sunday, April 21, with a window extending from 5 - 8 p.m. EDT. NASA TV and webcast launch coverage will begin at 4:30 p.m. EDT on www.NASA.gov.