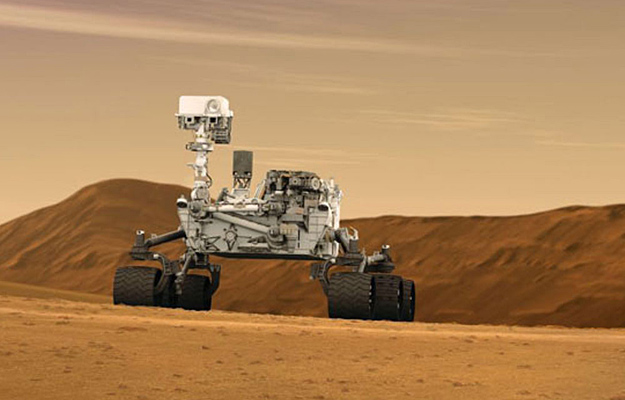 The rover was switched from the A-side to the B-side by engineers on Feb. 28 in response to a memory glitch on the A-side. The A-side now is available as a back-up if needed.

"We expect to get back to sample-analysis science by the end of the week," said Curiosity Mission Manager Jennifer Trosper of NASA's Jet Propulsion Laboratory, Pasadena, Calif.

Engineers quickly diagnosed the software issue that prompted the safe mode on March 16 and know how to prevent it from happening again.

Other upcoming activities include preparations for a moratorium on transmitting commands to Curiosity during most of April, when Mars will be passing nearly directly behind the sun from Earth's perspective. The moratorium is a precaution against interference by the sun corrupting a command sent to the rover.

NASA's Mars Science Laboratory project is using Curiosity and the rover's 10 science instruments to investigate environmental history within Gale Crater, a location where the project has found that conditions were long ago favorable for microbial life. JPL, a division of the California Institute of Technology in Pasadena, manages the project for NASA's Science Mission Directorate in Washington.