The world's first smartphone in Space 'STRaND-1' ready for launch 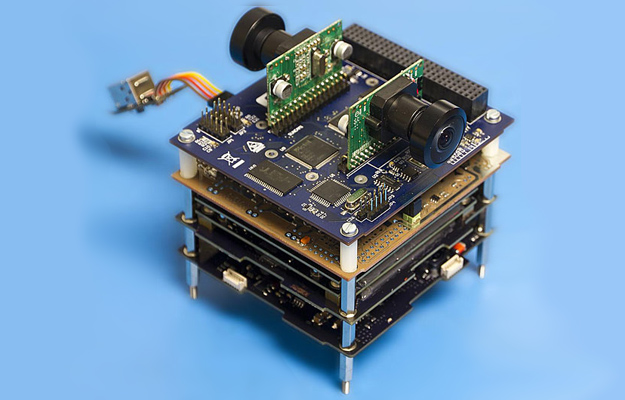 A UK mission, jointly developed by the University of Surrey's Surrey Space Centre (SSC) and Surrey Satellite Technology Limited (SSTL), to send the world's first smartphone satellite into orbit, is due to launch on 25th February.

The unique and innovative satellite, called STRaND-1 (the Surrey Training, Research and Nanosatellite Demonstrator), is a 30cm CubeSat weighing 4.3kg. It will launch into a 785km sun-synchronous orbit on ISRO's Polar Satellite Launch Vehicle (PSLV) from Sriharikota, India.

STRaND-1 will also be the first UK CubeSat to be launched and has been developed by talented space engineers and researchers at Surrey with the majority of the design and developmental work being carried out in their spare time. The build and test phase of the project has been completed in just three months.
At the heart of STRaND-1 is a Google Nexus One smartphone with an Android operating system. Smartphones contain highly advanced technologies and incorporate several key features that are integral to a satellite - such as cameras, radio links, accelerometers and high performance computer processors - almost everything a spacecraft needs except the solar panels and propulsion.

During the first phase of the mission, STRaND-1 will use a number of experimental 'Apps' to collect data whilst a new high-speed linux-based CubeSat computer developed by SSC takes care of the satellite. During phase two, the STRaND-1 team plan to switch the satellite's in-orbit operations to the smartphone, thereby testing the capabilities of a number of standard smartphone components for a space environment. The satellite will be commissioned and operated from the Surrey Space Centre's ground station at the University of Surrey.

Being the first smartphone satellite in orbit is just one of many 'firsts' that STRaND-1 is hoping to achieve. It will also fly innovative new technologies such as a 'WARP DRiVE' (Water Alcohol Resistojet Propulsion Deorbit Re-entry Velocity Experiment) and electric Pulsed Plasma Thrusters (PPTs); both 'firsts' to fly on a nanosatellite. It is also flying a 3D printed part - believed to be the first to fly in space!

Dr Chris Bridges, SSC's lead engineer on the project, says: "A smartphone on a satellite like this has never been launched before but our tests have been pretty thorough, subjecting the phone to oven and freezer temperatures, to a vacuum and blasting it with radiation. It has a good chance of working as it should, but you can never make true design evolutions or foster innovation without taking a few risks: STRaND is cool because it allows us to do just that."

SSTL's Head of Science, Doug Liddle said "We've deliberately asked this enthusiastic and talented young team to do something very non-standard in terms of the timescales, processes and the technologies used to put the satellite together because we want to maximise what we learn from this research programme. I can't wait to see what happens next!"

Since 1981 SSTL has built and launched 39 satellites - as well as providing training and development programmes, consultancy services, and mission studies for ESA, NASA , international governments and commercial customers, with its innovative approach that is changing the economics of space.