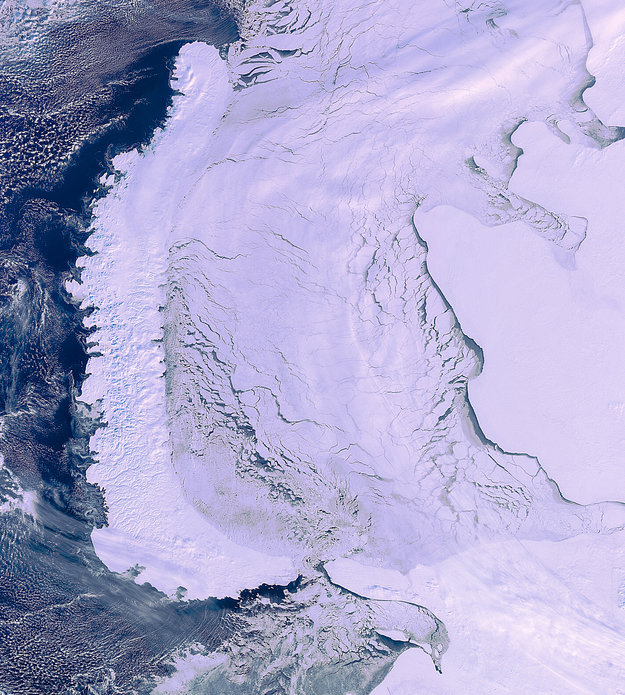 This Envisat image from 19 March 2012 shows the elongated islands of the Novaya Zemlya archipelago on the left, the mainland of northwestern Russia to the right and an ice-covered Kara Sea in the centre. The Barents Sea is off the islands' west coast.

Located completely within the Arctic Circle, Novaya Zemlya is an extension of the Ural Mountains. Average temperatures range from about 22oC in January to just over 6oC in July.

Polar bears and polar foxes can be found here, along with a variety of birds such as seagulls. Novaya Zemlya is an important site for Arctic exploration. Since the mid-1800s, Russians have maintained scientific stations there.

Polish engineer Jan Nagorski, the first person to fly an aeroplane in the Arctic, took off on his pioneering flights from northwest Novaya Zemlya in 1914.

The Arctic's hard environment makes it difficult to explore. Today, satellites can provide a breadth of information on polar regions such as sea-ice extent, and can facilitate navigation and communications.