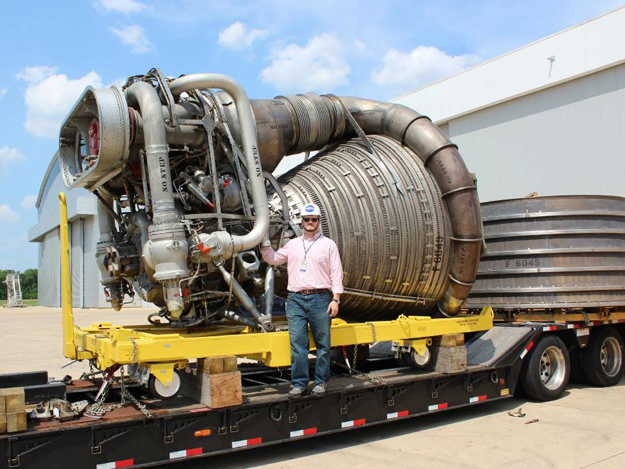 Imagine a young engineer examining an artifact from the Apollo era that helped send people on humankind's first venture to another world. The engineer has seen diagrams of the rocket engine. She has even viewed old videos of the immense tower-like Saturn V rocket launching to the moon. Like any curious explorer, she wants to see how it works for herself. She wonders if this old engine still has the "juice." Like a car mechanic who investigates an engine of a beloved antique automobile, she takes apart the engine piece by piece and refurbishes it.

This is exactly what a small team of young NASA engineers did. The engineers, who have been trained in fields from rocket propulsion to materials science, took apart and refurbished parts from Saturn V F-1 engines--the most powerful American rocket engines ever built. Why resurrect an Apollo-era rocket engine? The answer is simple: to mine the secrets of the F-1 -- an engine that last flew before these engineers were born -- and use it as inspiration for creating new advanced, affordable propulsion systems.

NASA needs powerful propulsion elements for future launch vehicles, such as the evolved Space Launch System (SLS). The SLS heavy-lift rocket capable of carrying a 130-metric-ton (143-ton) payload is being developed by NASA's Marshall Space Flight Center in Huntsville, Ala. The advanced booster required for the heavy-lift rocket will be completed in 2015.

"When we started examining different types of propulsion systems capable of lifting a rocket as large as the SLS, we pulled F-1 engine drawings and data packages and studied an F-1 engine that we had on hand at Marshall," said Nick Case, an engineer from Marshall's Engineering Directorate's Propulsion Systems Department.

The team decided to take apart the gas generator, the part of the engine responsible for supplying power to drive the giant F-1 turbopump. The gas generator components were small enough to be tested in Marshall's laboratories, and the gas generator is often one of the first pieces designed on a new engine because it is a key part for determining the size of a rocket engine. The team removed one gas generator from an F-1 engine stored at Marshall and from another that was in almost pristine condition because it was stored at the Smithsonian National Air and Space Museum in Washington. They cleaned the parts and used a novel technique called structured light 3D scanning to produce three-dimensional computer-aided design drawings.

"This activity provided us with information for determining how some parts of the engine might be more affordably manufactured using modern techniques, such as additive manufacturing," said Kate Estes, a Marshall liquid propulsion systems engineer. "We decided that using modern instrumentation to measure the gas generator's performance would provide beneficial information for NASA and industry." The team used selective laser melting, a digital manufacturing technique for producing metal parts quickly, to create new parts needed for the test and to determine the hot gas temperature and pressure inside the test article. 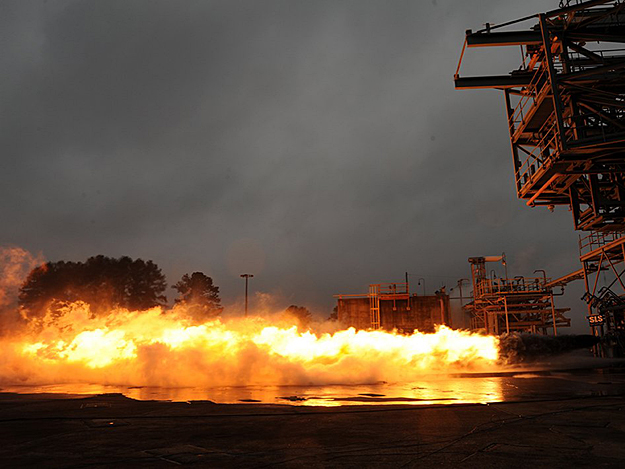 The F-1 also was studied because it burns liquid oxygen and refined kerosene. NASA's youngest generation of engineers does not have as much experience with engines that burn this fuel mixture. Current NASA and aerospace industry experts are most familiar with propulsion systems such as the Space Shuttle Main Engine and the new J-2X engine, which burn liquid oxygen and liquid hydrogen.

"Being able to hold the parts of this massive engine that once took us to the moon, restoring it, and then seeing it come back to life through hot firings and test data has been an amazing experience," Estes said.

Now the team is conducting a series of hot-fire tests on Test Stand 116 in Marshall's East Test Area.

"We modified the test stand to accommodate a single kerosene gas generator component," said Ryan Wall, the test conductor for the series of ten tests. "These tests demonstrate the stand's new capabilities, which will be beneficial for future NASA and industry propulsion activities."

The most noticeable aspect of these firings is the sheer power when the gas generator ignites and creates roughly 31,000 pounds of force. When the original F-1 lit up, the gas generator powered the giant turbomachinery that pumped almost three tons of propellant each second into the thrust chamber and accelerated through the nozzle, creating the incredible 1.5 million pounds of thrust.

"Modern instrumentation, testing and analysis improvements learned over 40 years, and digital scanning and imagery techniques are allowing us to obtain baseline data on performance and combustion stability," Case said. "We are even gathering data not collected when the engine was tested originally in the 1960s." Since NASA conducted this work in-house, the data are not proprietary and will be shared with industry partners and academic researchers.

"This effort provided NASA with an affordable way to explore an engine design in the early development phase of the SLS program," said Chris Crumbly, manager of the SLS Advanced Development Office. "NASA's young engineers are gaining valuable knowledge working with one of the most powerful engines ever built, and the SLS program will benefit from data that will bolster our efforts to reduce risk and enhance the affordability as we develop an advanced heavy-lift booster capable of a variety of missions." 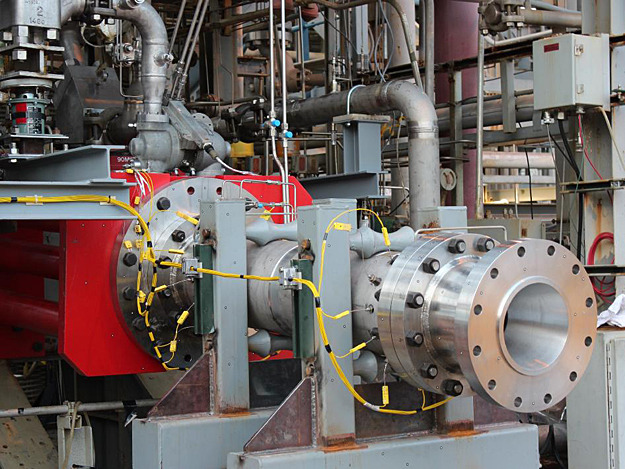 The larger, evolved SLS vehicle will require an advanced booster with more thrust than any existing U.S. liquid- or solid-fueled boosters. Last year, NASA awarded three contracts aimed at improving the affordability, reliability and performance of the rocket's advanced booster. Dynetics Inc. of Huntsville, Ala., working with their propulsion subcontractor, Pratt & Whitney Rocketdyne of Canoga Park, Calif.-- the company that developed the F-1 engine--will use these early tests as a springboard for more gas generator testing at Marshall. Then, they will use modern manufacturing to build a new gas generator injector that also will be hot fired in Test Stand 116 and compared to baseline data collected during the earlier test series. Additionally, Dynetics' activities include fabricating and testing several other F-1 engine parts, such as the turbine blades, culminating in testing of an entire F-1B powerpack including the gas generator and turbopump, the heart of engine operations.

For historic information on the F-1 engine, visit: http://www.nasa.gov/centers/marshall/history/index.html