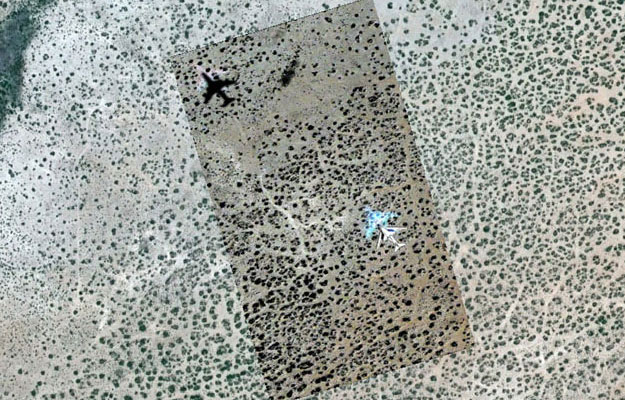 "Late last week, the Space Shuttle Endeavor flew atop a 747 into White Sands Missile Range in New Mexico. The shuttle continued its journey to Edwards Air Force Base in California. In October, The Space Shuttle Endeavor will be moved via road to a special display at the California Science Center in Los Angeles. During the flight, DigitalGlobe captured an amazing image of the shuttle." More at Google Earth Blog. Here's the .kml file at Google Earth