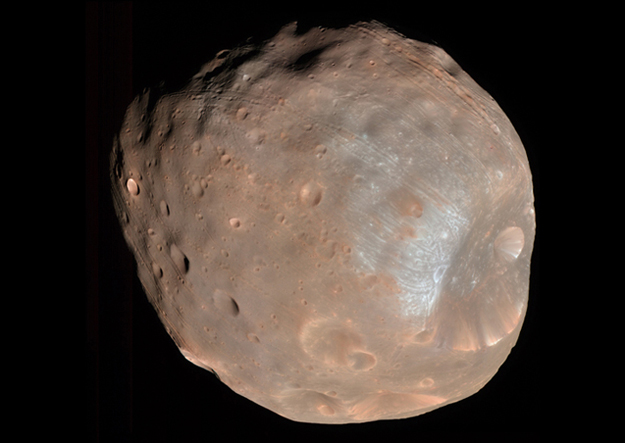 NASA's Science Mission Directorate (SMD) and Human Exploration and Operations Mission Directorate (HEOMD) intend to release a Cooperative Agreement Notice (CAN) for the NEW NASA science and exploration institute (name to be determined) no earlier than October 2012. The new institute will retain the successful structure of the NASA Lunar Science Institute (NLSI), consisting of new peer-reviewed and competitively selected teams managed by the current small central office located at NASA Ames Research Center. The new institute will be a virtual research organization that leverages knowledge and expertise from the science and exploration communities and supports NASA's goals in lunar and planetary science and human exploration of the solar system. It is anticipated that approximately seven teams will be selected in response to the proposed CAN.

The research scope for the CAN will span the fields of lunar, Near Earth Asteroids (NEAs), and Martian moon (Phobos and Deimos) sciences, with preference given to topics that relate to the joint interests of both planetary science and human exploration. Proposals in response to the final CAN should clearly articulate an innovative, broadly based research program addressing basic and applied scientific questions fundamental to understanding the nature of the Moon, Near Earth Asteroids, the Martian moons, and the near space environments of these target bodies to enable human exploration of these destinations. This CAN supports the broad spectrum of lunar, NEA, and Martian Moon sciences encompassing investigations of, for example: the surface, interior, exosphere, composition, origin, and the near-space environments of these bodies.

NASA is exploring the possibility of incorporating the expertise of additional elements of the space science community in the institute. If successful, the associated scope will be reflected in the CAN.

Prospective Principal Investigators (PIs) are highly encouraged to propose research addressing more than one target body and exploring synergies - or the lack thereof - between target bodies, their features, and processes; however, PIs are free to propose studies of only one target body.

NASA is requesting comments from the science and exploration communities on the high level salient portions of the CAN. To this end, interested individuals should visit http://science.nasa.gov/researchers/sara/lunar-institute/ where they will find the draft portions of the CAN for which NASA requests comments. Comments will be taken through 11:59 PM eastern time October 10, 2012, via E-mail, to the contacts given below.

NASA anticipates that it will support selections of teams for up to five-year awards offered by the final released CAN. Average Cooperative Agreement awards are anticipated to be in the range of $1M-$1.5M per team per year.

The approximate time line for the solicitation is intended to be:

NASA has not approved the issuance of the CAN and this notification does not obligate NASA to issue the CAN and solicit proposals. Any costs incurred by prospective investigators in preparing submission in response to this notification or the planned Draft CAN are incurred completely at the submitters own risk.

Further information will be posted through the NSPIRES system (http://nspires.nasaprs.com) as it becomes available. Those individuals registered through NSPIRES should also receive automated E-mail notices.

Please note that all information that can be released at this time has already been released through this notice and the associated web page at http://science.nasa.gov/researchers/sara/lunar-institute/.