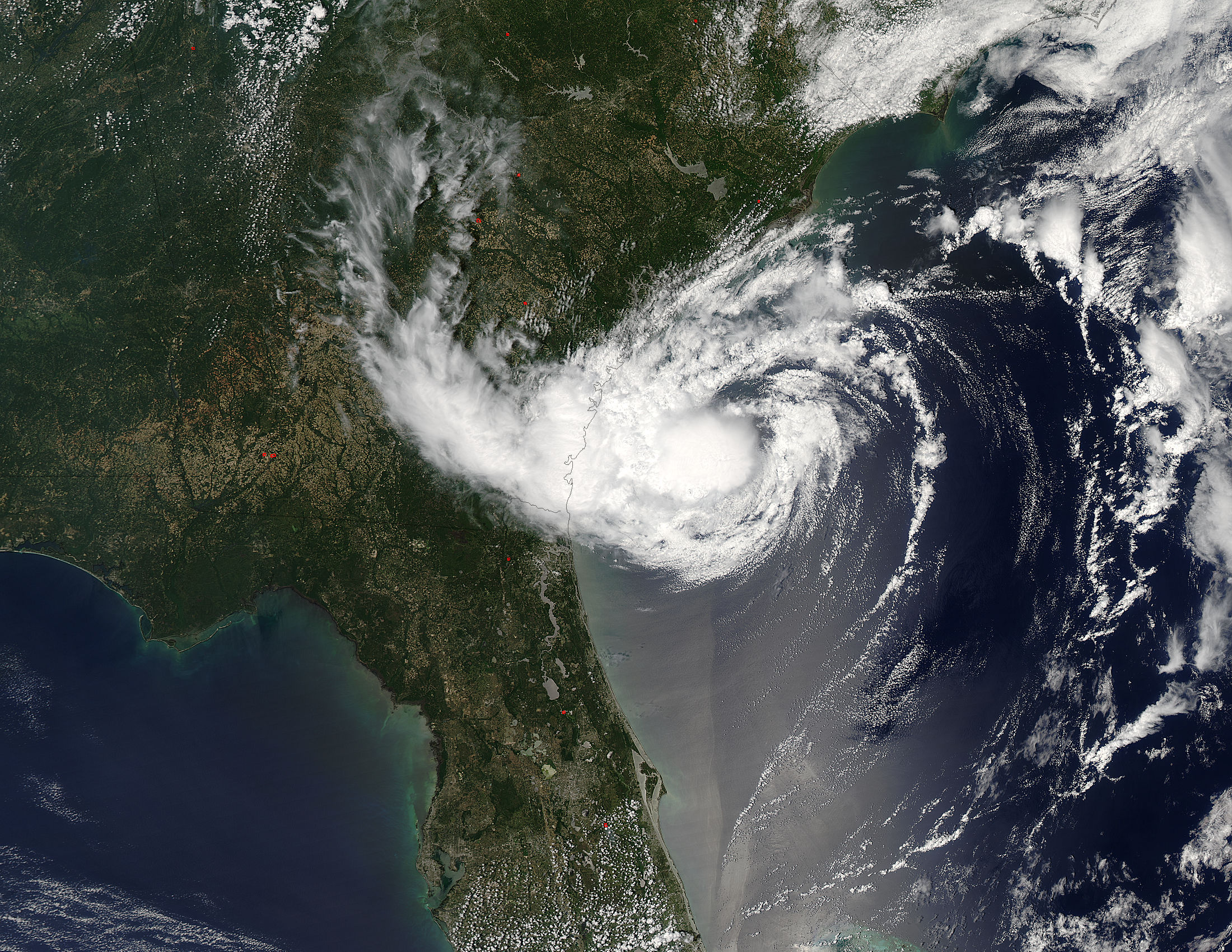 Twelve days before the official start of the Atlantic Ocean hurricane season, Tropical Storm Alberto swirled off the coast of Georgia as a compact storm with a tight center of circulation. The Moderate Resolution Imaging Spectroradiometer (MODIS) aboard NASA’s Aqua satellite captured this true-color image of the storm on May 20, 2012 at 18:30 UTC (2:30 p.m. EST). Tropical Storm Alberto formed off the coast of South Carolina on May 19. Wind speeds rose quickly, and the storm carried 45 mph maximum sustained winds as it tracked slowly southerly from its initial location about 140 miles east-southeast of Charleston, South Carolina. By the next morning, Alberto had gathered strength, but then began to weaken. By 11 p.m. EDT on May 20, maximum sustained winds had dropped to about 40 mph as it swirled about 85 miles (135 km) east-northeast of St. Augustine, Florida. The storm then turned and tracked northeast, staying offshore. By May 22, a much weakened Alberto began to interact with a frontal system pushing to the northeast, further weakening the storm. The National Hurricane Center predicted that the remnants of Tropical Storm Alberto are expected to fully dissipate by May 25. An early start to the hurricane season does not necessarily portend an exceptionally intense season. On May 24, the National Oceanic and Atmospheric Association (NOAA) predicted a near-normal hurricane season in the Atlantic Basin, with a less-active season than recent years. The six-month season begins on June 1, and NOAA’s Climate Prediction Center says there is a 70% chance of nine to fifteen named storms of which four to eight will hurricane strength. Next week is national Hurricane Preparedness Week. Running from May 27-June 2, the event is to remind families, communities and business to ensure they are prepared should a hurricane threaten. A good source for information on hurricane preparedness is www.ready.gov/hurricanes, created by the Federal Emergency Management Agency (FEMA).