NASA LRO Image of the Moon: Inside Crater Pytheas 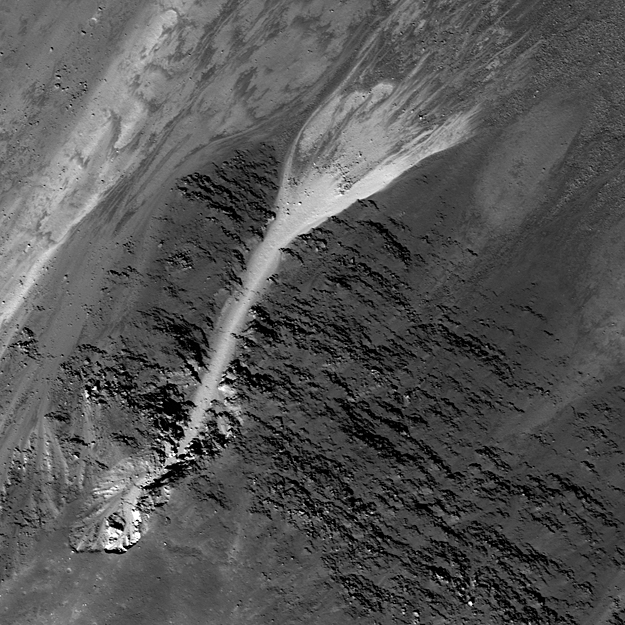 Inside the southern rim of the crater Pytheas (20.55°N, -20.6°E) is a great combination of layered mare basalt, granular flow, and talus. In the bottom left hand corner of the Featured Image you can see the details of erosion where granular material fell away from the rest of the surface near the rim. The high reflectance (bright) tendril of material flowed in a narrow band over the layers of lower reflectance (darker) mare basalt, then, after clearing the basalt layers, finally spread into a wide cone of talus. Talus cones are common on the Earth, with some stunning examples that may rival the Moon's beauty. On the Moon, talus deposits are created entirely by gravity, but on the Earth wind and water play a role in their formation.

Pytheas was a Greek geographer and explorer (circa 325 BC) from a Greek colony in what is now Marseilles, France. He is especially important to lunar geology since his report on Earth's ocean tides was probably the first to associate the tides with the phases of the Moon.