Photo: There's A Shuttle In The Window 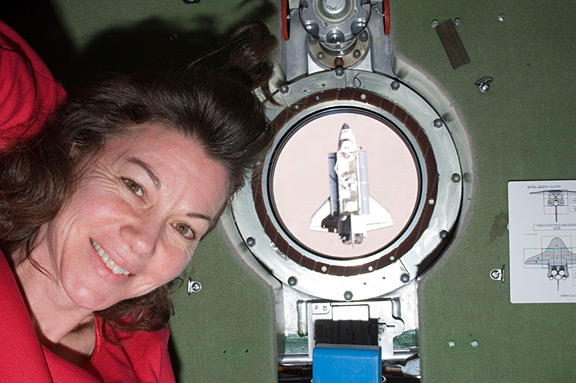 Judging by her countenance, NASA astronaut Cady Coleman, Expedition 27 flight engineer, is elated to have company coming to the International Space Station (ISS), from which she can see the mutual approach of the ISS and the space shuttle Endeavour (seen in portal). Five NASA astronauts and a European astronaut on the shuttle were minutes away from docking their vehicle and joining two other NASA astronauts, another European astronaut and three Russian cosmonauts for several days of joint work on the orbital complex. Coleman's role as one of the "hosts" will be interrupted by her departure from the complex in a few days when a Russian Soyuz spacecraft will be bringing her and two Expedition 27 crewmates back to Earth. ISS027-E-032641 (18 May 2011) --- high res (1.3 M) low res (82 K)