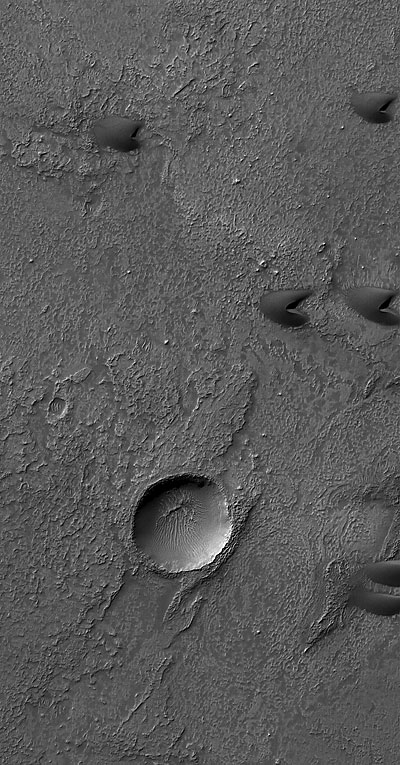 This Mars Global Surveyor (MGS) Mars Orbiter Camera (MOC) image shows several small, dark sand dunes and a small crater (about 1 kilometer in diameter) within a much larger crater (not visible in this image). The floor of the larger crater is rough and has been eroded with time. The floor of the smaller crater contains windblown ripples. The steep faces of the dunes point to the east (right), indicating that the dominant winds blew from the west (left). This scene is located near 38.5°S, 347.1°W, and covers an area approximately 3 km (1.9 mi) wide. Sunlight illuminates the landscape from the upper left. This southern autumn image was acquired on 1 July 2006.