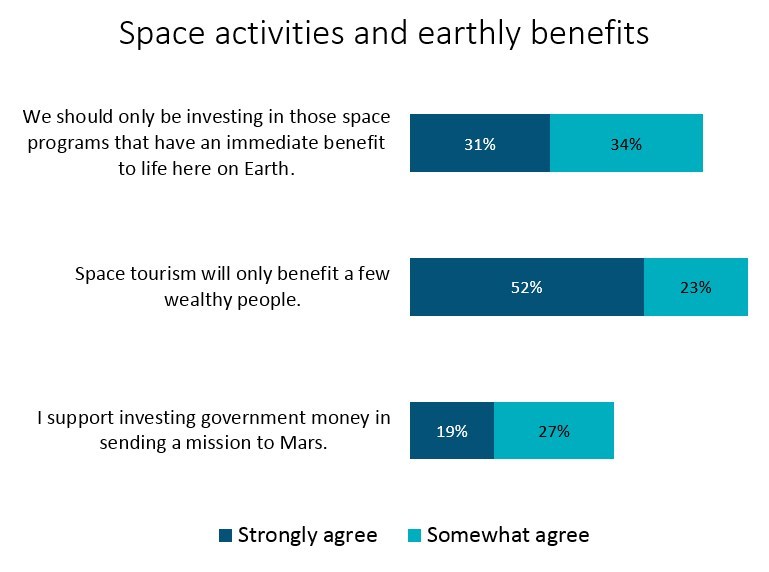 That's the upshot of the Brodeur Space Entrepreneur 2017 Survey.

The new poll of more than 600 Americans' attitudes toward business in space was conducted earlier this month by the Brodeur Partners' Space Group.

The new survey found that Americans:

- Still see national security as the top space activity;
- At the same time, they support private sector activity in space;
- However, they want some degree of government regulation, especially privacy protection;
- And they expect space development to directly benefit Earth; and
- Think the U.S. is a leader, if not the leader, in space technology.

"Americans still view space technology through the old lens of defense and national security," said Jerry Johnson, a partner at Brodeur Partners and author of the study. "But we also found that there is support for commercial activity in space, even government funding for that activity, if those businesses are reasonably regulated and can demonstrate benefits on Earth."

While historically space has been a government activity, Americans today actually prefer private over government investment in space-based activities. According to the survey, a majority of Americans actually support government financial incentives for those private space companies.

At the same time, nearly two-thirds (65 percent) of Americans believe that government investments should be in those space programs that have an immediate benefit to life on Earth.

That's the upshot of the Brodeur Space Entrepreneur 2017 Survey.

The survey also found that space tourism needs to make the case that it will benefit the majority of the population: three-quarters (75 percent) of Americans agree that space travel will only benefit a few wealthy people. Support is also tepid for government investment in deep space exploration: less than a majority (46 percent) of Americans support spending government money to send a mission to Mars. 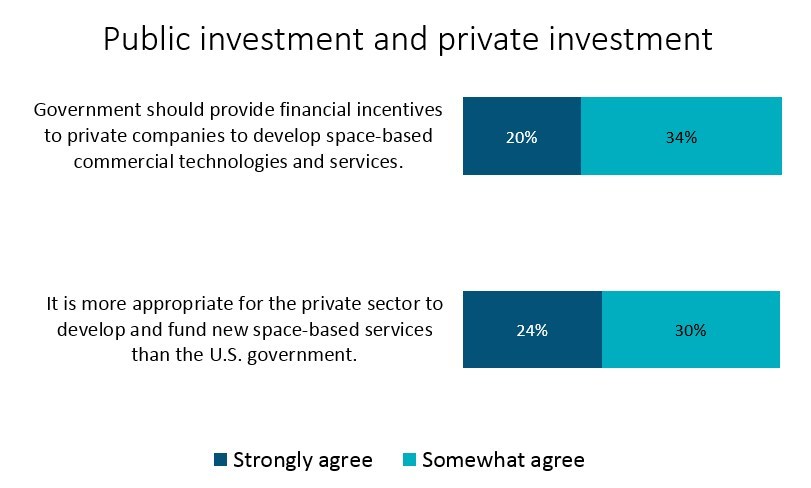 Everyone expects the skies to soon be filled with small satellites capturing increasingly detailed data about activities on Earth. Americans are wary of the privacy implications: strong majorities believe there should be privacy limitations on satellite companies capturing this data (72 percent), and government should have a regulatory role regarding private companies engaged in space enterprises (61 percent).

Space-based systems operators promise to improve life on Earth in a variety of ways, including communications, climate, navigation and crop monitoring. None is more important to our respondents than defense, the clear priority among seven services mentioned. At the same time, the survey suggests that people may not realize the important role that space commerce plays in everyday activity like GPS and navigation systems.

"This new data reveals a tricky communications challenge for the Entrepreneurial Space industry," said John Brodeur, chairman of Brodeur Partners, who is leading the Brodeur Space Group. "Although enthusiasm for entrepreneurship in space is high, companies will need to clearly articulate their concern for privacy, their worthiness of financial incentives, and their relevance to life on Earth."

Respondents for this survey were selected from among those who have agreed to participate in Toluna surveys. Figures for age, sex, region, and income were weighted where necessary to bring them into line with their actual proportions in the census population. Because the sample is based on those who agreed to participate in Toluna surveys, no estimates of theoretical sampling error can be calculated. 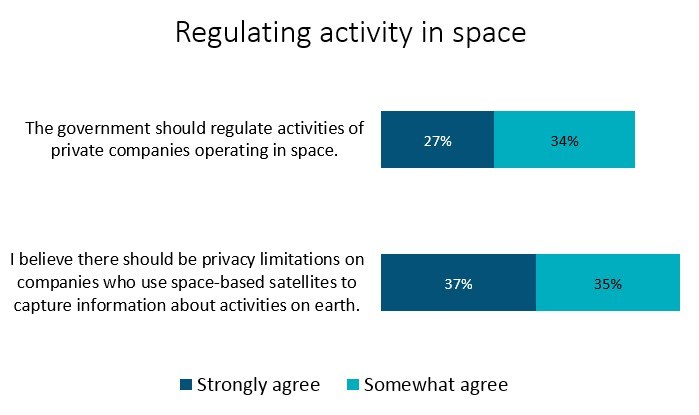 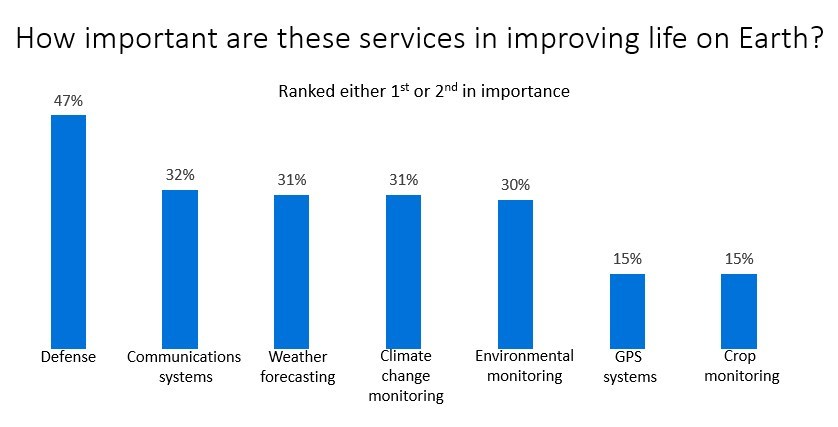 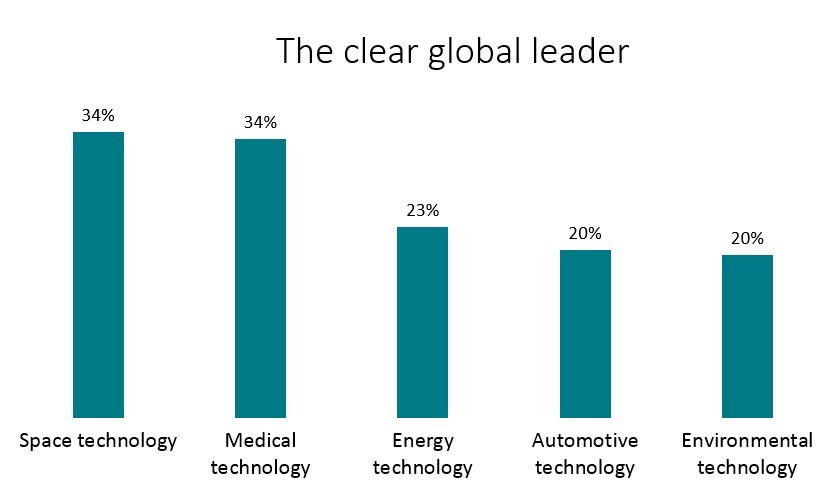 The Brodeur Space Group was launched in September 2017 to help clients seize opportunities beyond this planet. Emerging companies are developing satellites, organizing tours of space, planning to mine asteroids, and imagining cities on Mars. Brodeur Space Group will draw on Brodeur Partners' Relevance platform to help these companies make deeper connections with customers, analysts, investors, and the media.

Brodeur Partners is a strategic communications company that helps organizations become and remain relevant in a complicated world. Headquartered in Boston, the company has four U.S. offices and operates in 33 countries globally. It is differentiated by its focus on relevance, behavioral change, and ability to bring a discipline-agnostic approach to its non-profit, consumer, and business-to-business clients. www.brodeur.com