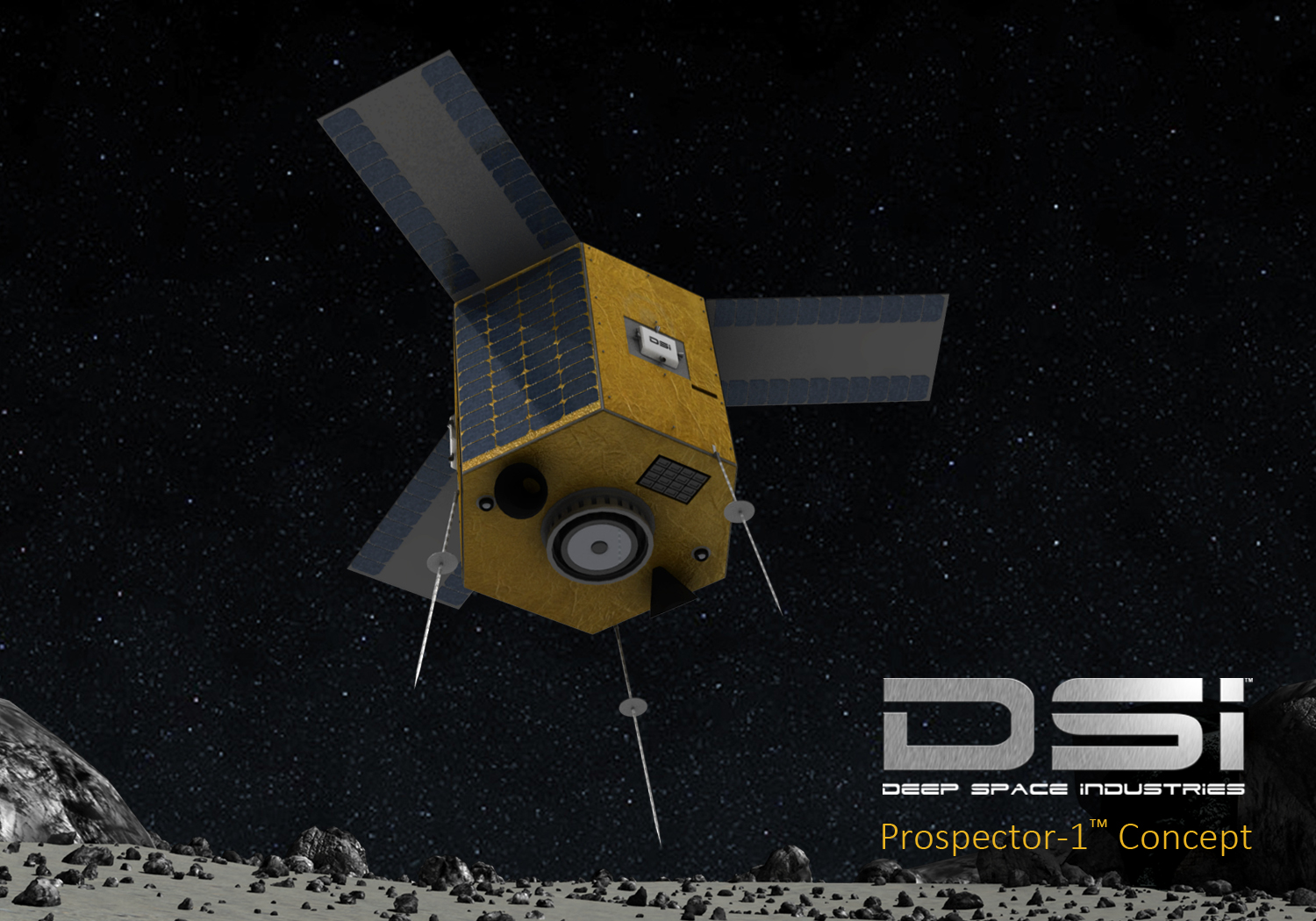 Deep Space Industries announced today its plans to fly the world’s first commercial interplanetary mining mission. Prospector-1™ will fly to and rendezvous with a near-Earth asteroid, and investigate the object to determine its value as a source of space resources. This mission is an important step in the company’s plans to harvest and supply in-space resources to support the growing space economy.

“Deep Space Industries has worked diligently to get to this point, and now we can say with confidence that we have the right technology, the right team, and the right plan to execute this historic mission,” said Rick Tumlinson, chairman of the board and co-founder of Deep Space Industries. “Building on our Prospector-X mission, Prospector-1 will be the next step on our way to harvesting asteroid resources.”

Recently, Deep Space Industries and its partner, the government of Luxembourg, announced plans to build and fly Prospector-X™, an experimental mission to low-Earth orbit that will test key technologies needed for low-cost exploration spacecraft. This precursor mission is scheduled to launch in 2017. Then, before the end of this decade, Prospector-1 will travel beyond Earth’s orbit to begin the first space mining exploration mission.

Prospector-1 is a small spacecraft (50 kg when fueled) that strikes the ideal balance between cost and performance. In addition to radiation-tolerant payloads and avionics, all DSI spacecraft use the Comet™ water propulsion system, which expels superheated water vapor to generate thrust. Water will be the first asteroid mining product, so the ability to use water as propellant will provide future DSI spacecraft with the ability to refuel in space.

“During the next decade, we will begin the harvest of space resources from asteroids,” said Daniel Faber, CEO at Deep Space Industries. “We are changing the paradigm of business operations in space, from one where our customers carry everything with them, to one in which the supplies they need are waiting for them when they get there.”

The destination asteroid will be chosen from a group of top candidates selected by the world renowned team of asteroid experts at Deep Space Industries. When it arrives at the target, the Prospector-1 spacecraft will map the surface and subsurface of the asteroid, taking visual and infrared imagery and mapping overall water content, down to approximately meter-level depth. When this initial science campaign is complete, Prospector-1 will use its water thrusters to attempt touchdown on the asteroid, measuring the target’s geophysical and geotechnical characteristics.

“The ability to locate, travel to, and analyze potentially rich supplies of space resources is critical to our plans,” continued Faber. “This means not just looking at the target, but actually making contact.”

Along with customer missions already in progress, such as the cluster of small satellites being built by DSI for HawkEye 360, the Prospector missions will demonstrate the company’s simple, low-cost, but high-performance approach to space exploration. The Prospector platform is now available to government and commercial explorers interested in developing sophisticated, yet low-cost missions of their own. 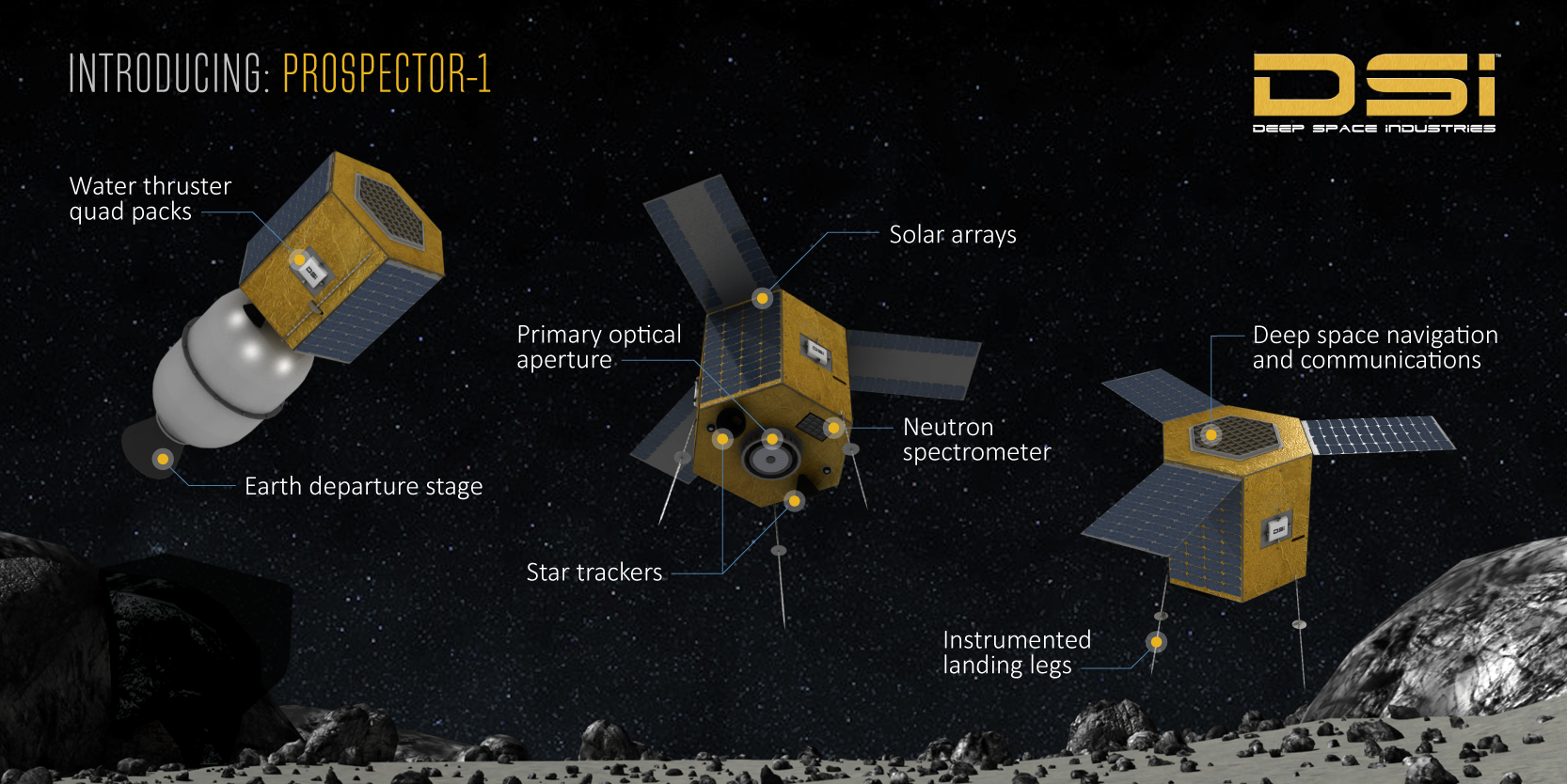 “Prospector-1 is not only the first commercial interplanetary mission, it is also an important milestone in our quest to open the frontier,” said Tumlinson. “By learning to ‘live off the land’ in space, Deep Space Industries is ushering in a new era of unlimited economic expansion.”

More detailed information about the Prospector program, including the Prospector-X (eXperimental) and Prospector-1 missions, and the DSI technologies that are making these missions possible, can be found on the company’s website: