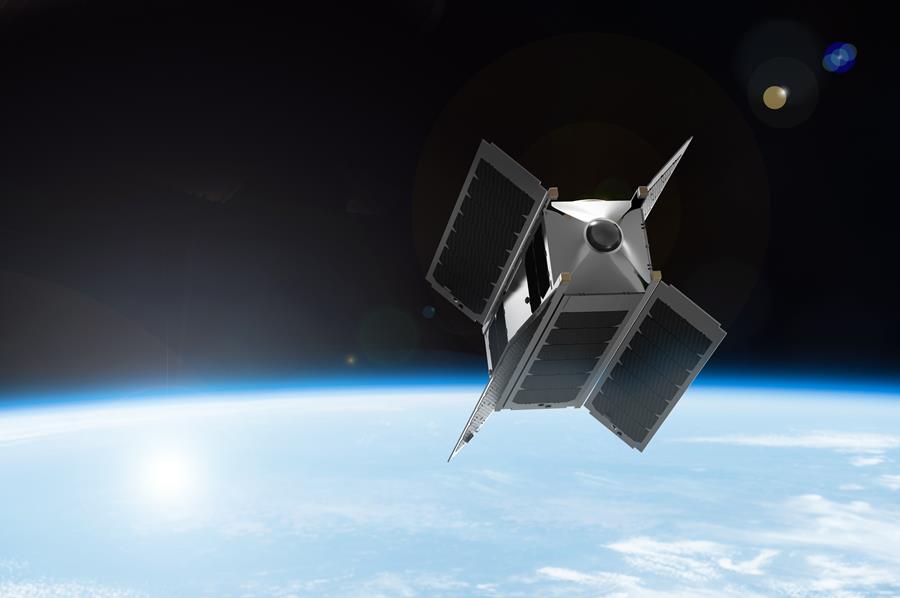 SpaceVR, a platform for creating cinematic, live, virtual space tourism, announced today that it has signed a launch agreement with NanoRacks LLC to send Overview 1, the world’s first virtual reality camera satellite, into space. Overview 1 will be delivered to the International Space Station aboard the SpaceX CRS-12 Mission. The satellite will then be deployed into Low Earth Orbit from the NanoRacks CubeSat Deployer (NRCSD).

SpaceVR aims to give everyone the opportunity to experience the truly infinite, boundless Universe through virtual reality. Its debut satellite, Overview 1, will use 4K sensors to capture extremely high resolution, fully immersive, 360-degree video of every breathtaking moment that occurs on our home planet. The content will be viewable on any virtual reality device, ranging from smartphones to Oculus Rift to extreme resolution devices such as the StarVR.

“My dream, when I first had this idea at a hackathon 1.5 years ago, was to launch a VR satellite with NanoRacks. It seemed crazy and borderline unachievable. Now we are signed, paid, and moving towards something exponentially more borderline unachievable,” said Ryan Holmes, the founder and CEO of SpaceVR. “This is the most important milestone to date for SpaceVR and we’re honored to share it with a group of pioneers that have been pushing what’s achievable since before we were born. Let’s launch cool shit into space!”

NanoRacks, a leading provider of commercial pathway solutions aboard the International Space Station, has been a partner, investor, and advisor of SpaceVR since its establishment in 2015.
“We are delighted that yet another innovative space company has chosen NanoRacks to realize their in-space dreams. SpaceVR promises to open a new era in connecting consumers worldwide to the beauty of outer space and we are ready to be part of that effort,” believes Jeffrey Manber, NanoRacks CEO.

Having raised a $1.25 million seed round in April, SpaceVR has used this new capital to: accelerate the development of the Overview 1 on-board software, begin the development of our content delivery and distribution channels, and invest in a world wide satellite dish ground station communication network.

Located in the heart of San Francisco’s emerging nano-satellite industry, SpaceVR is focused on creating cinematic, live, virtual space tourism. SpaceVR Founder and CEO Ryan Holmes was inspired by a phenomenon called the Overview Effect, which is the moment an astronaut realizes their place in an infinite universe by direct observation. Leading to reprioritization of protecting the earth and working together on a global scale, SpaceVR’s will launch state of the art virtual reality camera satellites into space to capture this experience and distribute it throughout the world for entertainment and education. For more information, please visit: http://www.spacevr.co/

NanoRacks LLC was formed in 2009 to provide commercial hardware and services for the U.S. National Laboratory onboard the International Space Station via a Space Act Agreement with NASA. NanoRacks’ main office is in Houston, Texas, right alongside the NASA Johnson Space Center. The Business Development office is in Washington, DC. Additional offices are located in Silicon Valley, California and Leiden, Netherlands.

In July 2015, NanoRacks signed a teaming agreement with Blue Origin to offer integration services on their New Shepard space vehicle. The Company has grown into the Operating System for Space Utilization by having the tools, the hardware and the services to allow other companies, organizations and governments to realize their own space plans.

As of March 2016, over 350 payloads have been launched to the International Space Station via NanoRacks services, and our customer base includes the European Space Agency (ESA) the German Space Agency (DLR,) the American space agency (NASA,) US Government Agencies, Planet Labs, Urthecast, Space Florida, NCESSE, Virgin Galactic, pharmaceutical drug companies, and organizations in Vietnam, UK, Romania and Israel.