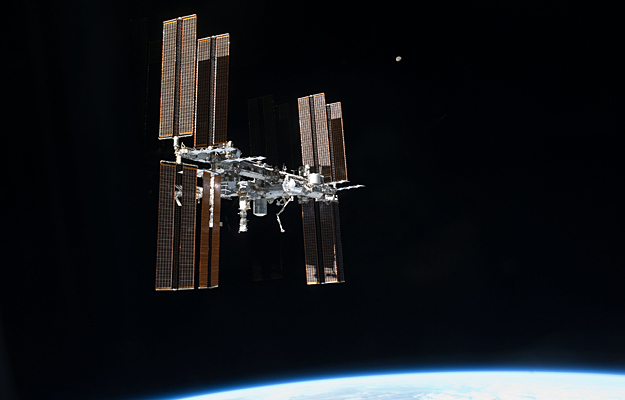 When the International Space Station is visible from Earth – typically at dawn and dusk – it is the night sky's second brightest object, after the moon. A new companion tool to NASA's popular Spot the Station service makes it easier to share information about where and when to see the orbital laboratory. The International Space Station Program has created a widget that organizations can easily embed on their websites, making the service broadly available for people who want to catch a glimpse of the station as it flies overhead.

Test the widget and find instructions on how to embed it via NASA's website: https://spotthestation.nasa.gov/widget/.

More than 350,000 people currently track morning, evening or both types of sightings via Spot the Station alerts.

"Humans have been living on the space station continuously for 15 years now, conducting valuable research to improve life on Earth while supporting NASA's journey to Mars," said Sam Scimemi, division director for the International Space Station Program at NASA Headquarters.

"It is rewarding – and great fun—when someone first sees the station from the ground. It is a wonderful connection for anyone with an interest in space research, or a curiosity about life off this planet."

The International Space Station's trajectory passes over more than 90 percent of Earth's population. The service is designed to only notify users of passes that are high enough in the sky to be easily visible over trees, buildings and other objects on the horizon. NASA's Johnson Space Center in Houston calculates the sighting information several times a week for more than 4,700 locations worldwide.