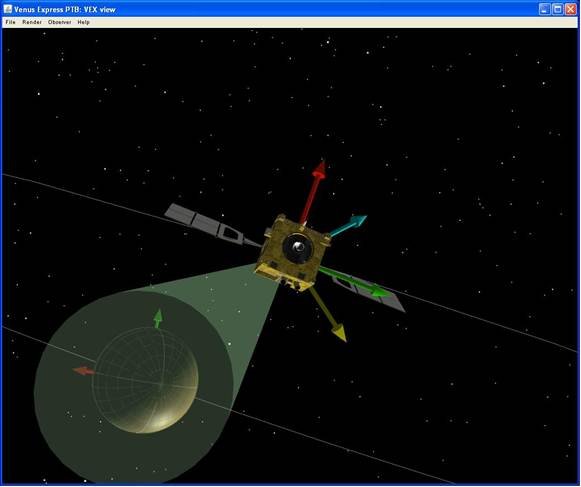 Increased use of virtual models and simulations early in a space mission’s development could deliver greater efficiency and reliability, according to ESA studies identifying a ‘missing link’ in current simulation employment.

Twin studies were performed for ESA by Airbus Defence and Space and Thales Alenia Space, looking back through the development of previous space missions, including Gaia, the Sentinels, Mars Express and Venus Express.

“We were asking if there is anything we can do earlier in the process from the point of view of system verification – in plain words, checking if the mission will perform the way we want it to,” explains verification engineer Joachim Fuchs, of ESA’s Software Systems Division.

“What you don’t want is to put all your equipment together to complete the satellite, and only then find a problem, because it will cost a lot more money to put it right at that stage.

“If before we have any physical hardware to test, we can create a digital equivalent, then that allows us to try out certain things – basically to identify any undesirable performance and behaviour as early as possible.

“And we also want to give the operators who will actually fly the mission an early idea of how the mission will work in practice, because their feedback can guide the ongoing implementation.

“In addition, if, for instance, a mission is being overdesigned for a situation that would never ever occur in the real world, then this could be pointed out and unnecessarily large performance margins can be removed, benefiting the overall mission capability.”

Satellites are among the most complex machines ever made by humanity, harnessing hundreds of thousands of components within multiple subsystems that must mesh together to operate without fault for years with no prospect of repair.

The mission development cycle is well established, starting with the pre-Phase-A where initial studies are carried out, proceeding to Phase-A preliminary analysis and then the Phase-B definition stage where the detailed requirements are settled – what precisely does the mission need to do in order to fulfil its objectives, and how do you achieve this?

At the end of Phase-B the resulting systems specification is used as the basis of a blueprint for the follow-on Phase-C/D detailed design and development stages, concluding with the Phase-E operations in space.

The CDF, at ESA’s ESTEC technical centre in Noordwijk, the Netherlands, is equipped with multimedia devices, and software to allow design teams to work together on a single model on an iterative basis in real time.

“Then, during Phase-C/D, software ‘test benches’ can be used, where the overall working of the mission implementation is simulated,” says Joachim. “When a particular piece of equipment is completed it can be plugged in to this virtual mission platform to be tested, so we end up replacing all the simulated elements with their actual equivalents, bit by bit.

“The real gap in the use of simulations we identified comes during Phase-B. Using a virtual satellite would let us capture early on what a real operational cycle would be like, and would also be a way of linking up different disciplines, such as thermal and mechanical models with the spacecraft control.

“Of course, the resulting hardware would still have to undergo the same kind of environmental testing, but the hope would be that its design could really be optimised and ready for the job it will do.”

As a follow-up to this work, the team is now looking into ‘co-simulations’ – allowing different specialist simulations to operate together, to build up a reference set of models that could be used for early functional system testing.