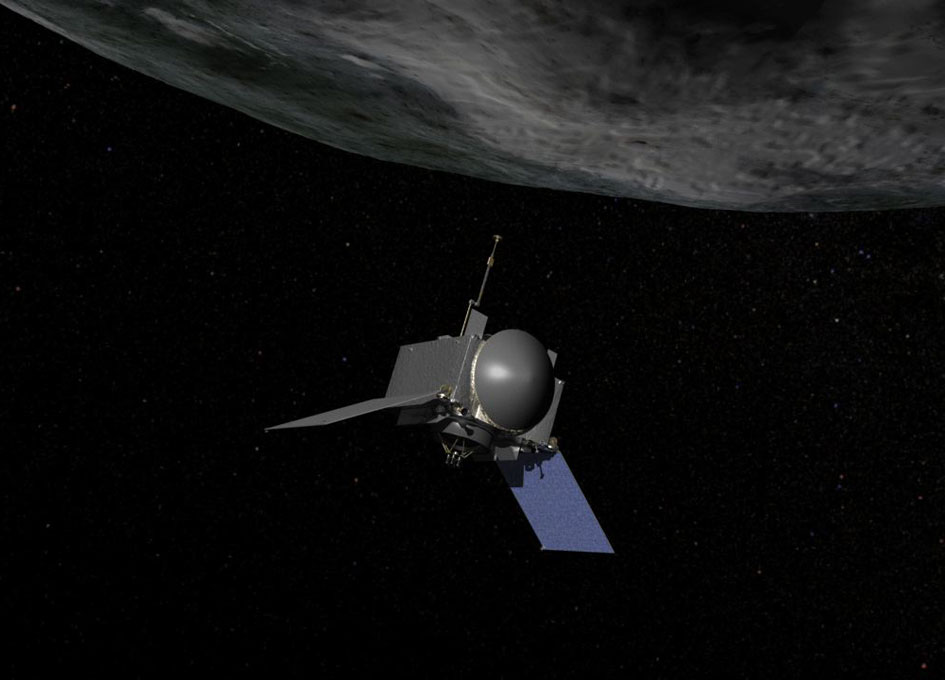 A student-built experiment designed for the University of Arizona's OSIRIS-REx NASA mission has been integrated onto the spacecraft.

The Regolith X-ray Imaging Spectrometer, or REXIS, will determine elemental abundances on the surface of asteroid Bennu, complementing the mineral and chemical mapping capabilities provided by two other instruments on the spacecraft.

REXIS will observe the solar X-rays and their interaction with the asteroid's surface material, or regolith. The surface responds to this incoming energy by glowing faintly, or fluorescing, by emitting X-rays. These X-rays have an energy that is uniquely characteristic of the elements. REXIS is a telescope that images this X-ray fluorescence, allowing the production of maps of the different elements present on Bennu's surface.

"The REXIS instrument has already achieved its primary objective – to train the next generation of scientists and engineers," said Dante Lauretta, principal investigator for OSIRIS-REx at the University of Arizona. "This team should be proud of all they have accomplished. I look forward to seeing the REXIS data from Bennu and using it to learn more about the chemistry of the asteroid surface."

REXIS brings together students and faculty from the Massachusetts Institute of Technology and Harvard University, both in Cambridge. After a competitive selection process, REXIS was selected as a student collaboration experiment as part of OSIRIS-REx.

The instrument will involve more than 100 students throughout the mission. Students at Harvard and MIT will perform data analysis as part of their coursework.

"The students worked incredibly hard to get to this point," said Mike Donnelly, OSIRIS-REx project manager at NASA's Goddard Space Flight Center in Greenbelt, Maryland. "It is quite an accomplishment to develop a flight instrument and have it integrated to a spacecraft that's headed to an asteroid."

OSIRIS-REx will be the first U.S. mission to sample an asteroid. After launch in September 2016, the OSIRIS-REx spacecraft will travel to the near-Earth asteroid Bennu and retrieve at least 60 grams (2.1 ounces) of surface material and return it to Earth for study. Scientists expect that Bennu may hold clues to the origin of the solar system and the source of the water and organic molecules that may have made their way to Earth. OSIRIS-REx's investigation also will inform future efforts to develop a mission to mitigate an asteroid impact on Earth, should one be required.