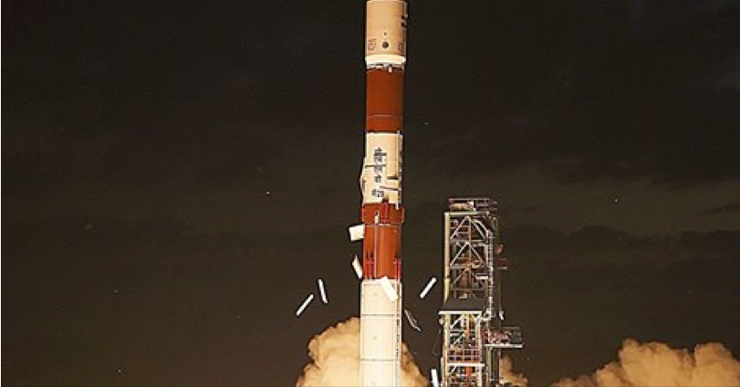 The other five satellites were co. passenger payloads. PSLV-C29 launched all the six payloads into an orbit of 549 km height inclined at an angle of 15 deg to the equator. The six satellites carried by PSLV-C29 today together weighed about 624 kg at lift-off. These six satellites were launched as part of the agreement entered into between ST Electronics (Satcom & Sensor Systems), Singapore and Antrix Corporation Limited, the commercial arm of the Indian Space Research Organisation (ISRO), a government of India Company under the Department of Space (DOS). This is the eleventh flight of PSLV in 'core-alone' configuration (without the use of solid strap-on motors). PSLV has successfully launched 57 satellites for customers from abroad including the six Singapore satellites launched today.

Once the intended orbit was achieved, TeLEOS-1 was deployed at about 18 min 12 seconds after lift-off. This was followed by the deployment of other five satellites, viz., Kent Ridge-1, VELOX-C1, VELOX-II, Galassia and Athenoxat-1 in quick succession in the subsequent three minutes.