ESA: Tracking Spacecraft Through the Cosmos Contest: Enter and Win 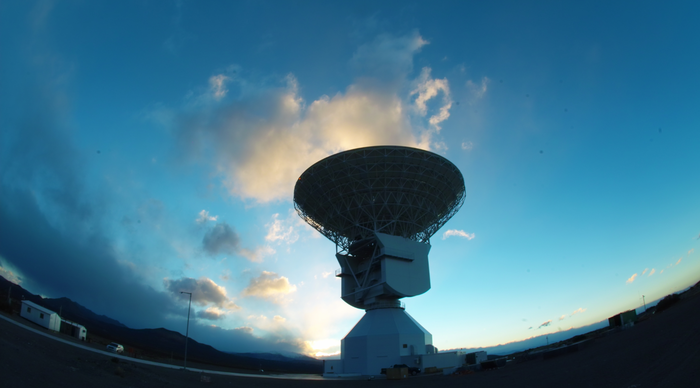 Musicians, composers and audio buffs are invited to help celebrate 40 years of ESA’s tracking station network. Create some truly cosmic sound and you may win impressive prizes, including a trip to our anniversary gala event in Spain.

The winner will be selected as the new theme audio for Estrack, and the composer will receive a paid invitation to the anniversary VIP event at Cebreros Tracking Station in Spain on 24 September (see Terms & Conditions for details).

In addition to the grand prize winner, two runners-up and seven Top Ten entries will be selected, each of which will win ESA-branded prizes.

In addition to the grand prize winner, two runners-up and seven Top Ten entries will be selected, each of which will win ESA-branded prizes.

In 1975, the ground station at Villafranca del Castillo in Spain became the kernel of the ESA Tracking network, which now comprises 10 stations in seven countries and this year celebrates four decades of providing communications for ESA's science, Earth and exploration missions.

Since inception, Estrack has expanded worldwide and today employs cutting-edge technology to link mission controllers with spacecraft orbiting Earth, voyaging deep in our Solar System and anywhere in between (more information in our Estrack web site).

Compositions may be of any length, any genre and any style. However, the judges will look most favourably on submissions running two to four minutes and that incorporate or reflect one or more of the following themes:

- Exploration of our Universe, our Galaxy, our Solar System and our home planet,
- Scientific curiosity at the frontiers of human knowledge,
- Deep-space communication through the cosmos.

Eligible individuals or groups are invited to submit their original audio composition together with a brief note describing the work.

Submissions should be creative and imaginative, and may include audio material from any ESA website/channel (or any other source with appropriate permission).

The contest will be conducted in English. However, compositions may include vocals in any language.

Submissions must be made via SoundCloud, and participants must agree to abide by the SoundCloud terms of use and community guidelines, as well as ESA’s terms and conditions.

To submit a composition, upload it to SoundCloud, then add it to the contest group: https://soundcloud.com/groups/estrack-40-years-of-european-tracking-expertise

The grand prize winner will be notified directly on or around 4 September, so as to have enough time to make travel arrangements to travel to Spain on 24 September.

The Estrack 40th Anniversary Sound Contest is open to individuals and groups who are at least 18 years of age on 31 August 2015, who live in, or are a citizen or permanent resident of, one of the eligible countries. The contest is not open to regular ESA staff members, members of official delegations to ESA, direct, onsite, full-time contractors for ESA, nor an immediate family member of any of the aforementioned.

Participants should make no more than one submission per individual or per group, except that an individual who is also part of a group may be credited for two submissions.

Participants agree to accept the prizes as awarded. If a group submission wins, only a single person will be awarded the paid invitation to attend the Cebreros event.

Participants agree that ESA is in no way liable for any claim for damages arising from any activity in connection with this contest.

Participants understand that the contest is being conducted on a 'best-effort' basis and may be modified, delayed or cancelled by ESA at any time.