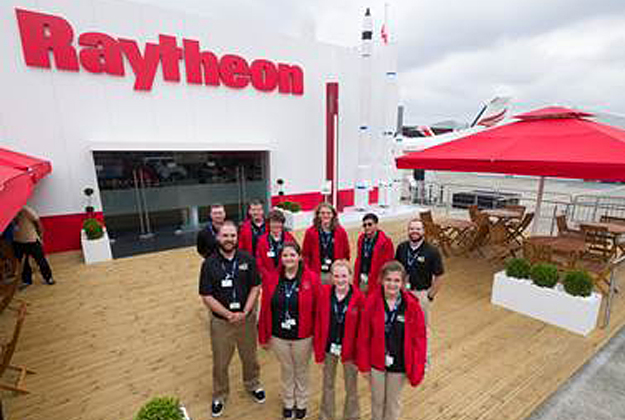 Seven students from the Russellville City Schools of Russellville, Ala., won first place in the International Rocketry Challenge at the 2015 Paris Air Show on June 19. The U.S. team, sponsored by Raytheon, beat teams from the United Kingdom, who came in second place, and France, who took home third.

“It was a great experience representing the United States and winning the international rocketry competition,” said Andrew Heath, captain of the RCS Engineers. “It has been an honor to be part of me team and this year’s program.”

Competing teams designed, built and launched rockets with a goal of reaching an altitude of exactly 800 feet within a 46- to 48-second flight window. This year’s contest required rockets to separate into at least two sections during flight. The main section, containing a payload of one raw hen’s egg and an altimeter, had to return to the ground safely with a single parachute as its sole recovery device. Scores were determined by how close the rockets approached the required height and time; cracked eggs would disqualify the flight.

The students also gave a presentation on their rocket design to a panel of international judges at Raytheon’s air show headquarters. The judges’ score counted for 40 percent of their total competition score. The U.S. took first place in this portion of the challenge as well.

“This was a wonderful competition, and after seeing our U.S. representatives and the teams from France and the U.K., I am truly impressed by the young talent that is here today,” said AIA President and CEO Dave Melcher. “As they leave here with vivid memories of how exciting it was to compete at this level, I urge our outstanding rocket teams to use this experience as a springboard for their futures.”

"Rocketry requires a strong command of math, a solid foundation of physics and a tremendous amount of patience and determination," said Raytheon Chairman and CEO Thomas A. Kennedy. "The achievement of these competitors deserves a global stage, and we hope to show other students around the world that hard work and a love for science can lead them to great things.”

This is the tenth year that Raytheon has supported the U.S. team's trip to the international air show. The program is part of the company’s broad-based MathMovesU® initiative to encourage students to pursue careers in science, technology, engineering and math (STEM).

About the Aerospace Industries Association (AIA)

Raytheon's MathMovesU® program is an initiative committed to increasing middle and elementary school students' interest in math and science education by engaging them in hands-on, interactive activities. The innovative programs of MathMovesU include the traveling interactive experience MathAlive!®; Raytheon's Sum of all Thrills™ experience at INNOVENTIONS at Epcot®, which showcases math in action as students design and experience their own thrill ride using math fundamentals; the In the Numbers game, a partnership with the New England Patriots on display at The Hall at Patriot Place presented by Raytheon; the company's ongoing sponsorship of the MATHCOUNTS® National Competition; and the MathMovesU scholarship and grant program. Follow MathMovesU and other Raytheon community outreach programs on Facebook and on Twitter @MathMovesU.

Raytheon Company, with 2014 sales of $23 billion and 61,000 employees worldwide, is a technology and innovation leader specializing in defense, security and civil markets throughout the world. With a history of innovation spanning 93 years, Raytheon provides state-of-the-art electronics, mission systems integration and other capabilities in the areas of sensing; effects; and command, control, communications and intelligence systems, as well as cyber security and a broad range of mission support services. Raytheon is headquartered in Waltham, Mass. For more about Raytheon, visit us at www.raytheon.com and follow us on Twitter @Raytheon.