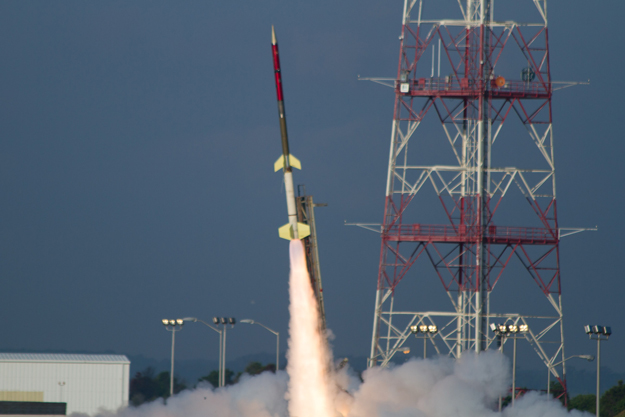 Students and educators from across the country will have the chance to be rocket scientists during Rocket Week, June 20-26 at NASA’s Wallops Flight Facility in Virginia.

About 150 university and community college students and instructors will build and fly experiments on a NASA suborbital rocket through the RockOn and RockSat-C programs. Another 20 high school educators from the eastern United States will examine how to apply rocketry basics into their curriculum through the Wallops Rocket Academy for Teachers (WRATS).

“We are very excited to have these participants at Wallops and take part in what has become a very popular week,” said Joyce Winterton, Wallops senior advisor for education and leadership development. “Between the two programs, these students and educators will learn about rocketry, developing experiments for space flight and team work and will be able to apply these lessons to their careers and in the classroom.”

Conducted in collaboration with the Colorado and Virginia Space Grant Consortia, RockOn is in its eighth year while RockSat-C is in its seventh year.

“RockOn-RockSat is a three-tier program designed to encourage university students to advance their skills in developing experiments for space flight,” explained Chris Koehler, director of the Colorado Grant Consortium. “After completing the program, students will have the hands-on skills sought by employers from students entering the workforce.”

RockOn’s 72 participants will receive instruction on the basics of building a scientific payload for flight on a suborbital rocket and then have three days to produce their experiment kits. All kits will then be incorporated into a rocket payload for launch on a Terrier-Improved Orion suborbital sounding rocket at 6 a.m. on Thursday June 25. The backup launch day is June 26.

The launch will be carried on Ustream beginning at 5 a.m. EDT. The NASA Visitor Center at Wallops will open at 5 a.m. for launch viewing, which is expected to only be visible in the Wallops area.

Following payload deployment, after flying to an altitude of nearly 70 miles, the experiment payload will land via a parachute in the Atlantic Ocean where it will be recovered. Participants must be able to collect their experiments after landing and the experiments should be in such condition that teams can successfully retrieve and analyze the data collected.

Through the RockSat-C program, undergraduate student teams from across the country also will fly their experiments on the rocket. These students take what they have learned through the RockOn program in previous years and apply it by developing more complex experiments.

More than 80 small cubes carrying experiments developed by middle school students in all 50 states are being launched with RockSat-C as part of the Cubes in Space program. Cubes in Space is a partnership between, idoodlelearning inc. and the Colorado Space Grant Consortium.

During WRATS, 20 educator participants from seven states will receive instruction on the basics of rocketry, including Newton’s Three Laws of Motion, electronic fundamentals, drag and propulsion. This instruction will be applied to hands-on learning activities including building and launching model rockets.

The RockOn, RockSat, and WRATS programs are supported by the NASA Sounding Rocket Program. RockOn is supported by NASA’s Office of Education, as well as the agency’s National Space Grant College and Fellowship Program, in partnership with the Colorado and Virginia Space Grant Consortia.