NASA Invites Student Teams to Go Underwater for Micro-g NExT 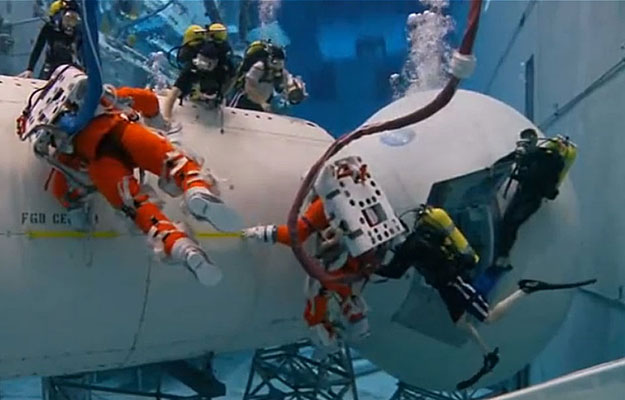 Micro-g NExT challenges students to work in teams to design and build prototypes of tools to be used by astronauts during spacewalk training in the Neutral Buoyancy Laboratory (NBL) located at the Johnson Space Center in Houston. The tools will be designed to address authentic, current space exploration problems. Teams will travel to Houston to test their prototypes in the simulated microgravity environment of the NBL, the same 6.2-million-gallon indoor pool used to train astronauts for spacewalking.

Micro-g NExT is managed by the Office of Education at NASA’s Johnson Space Center. The program helps support the agency's education policy of using NASA's unique missions and programs to engage and encourage students to pursue science, technology, engineering and math (STEM) careers.

Participating students, by state, are from:

To learn more about Micro-g NExT, visit: http://microgravityuniversity.jsc.nasa.gov