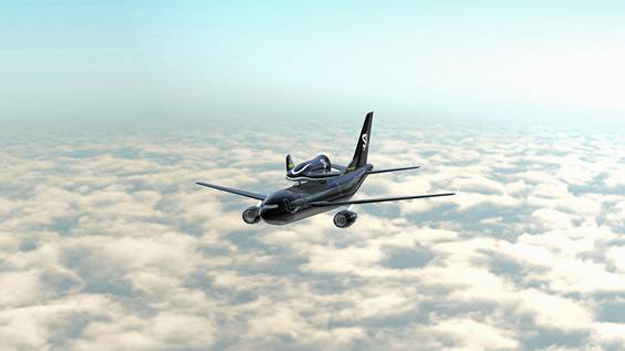 Swiss Space Systems currently has more than 60 employees in Switzerland, Spain and the U.S. S3’s engineering team, supported by its industrial and academic partners, is steadily progressing on the research & development phase of an innovative small satellite launching system, the SOAR, based on an Airbus aircraft lofting the sub-orbital reusable shuttle on its back. S3 has already established an initial footprint at the Kennedy Space Center, leasing offices at Space Florida’s Space Life Sciences Laboratory (SLSL) in Exploration Park. The establishment of this new subsidiary further reinforces S3’s presence in the United States, after the creation of the S3 USA office in Washington DC.

Frank DiBello, CEO and President of Space Florida stated, “We are pleased to welcome Swiss Space Systems to Florida. We believe strongly in the enormous potential of the markets they are pursuing including small satellites and suborbital operations. We look forward to working with S3 to enable their growth and expansion in our state.”

Space Florida has been working with KSC and Cape Canaveral Spaceport to repurpose excessed government infrastructure for commercial use, providing a significant time and cost saving advantage to commercial operators. In 2013, Space Florida was selected by NASA to maintain and operate the Shuttle Landing Facility (SLF) for commercial use, the historic 15,000 ft. launch and landing facility previously utilized for the Space Shuttle Program.

“For S3, Florida offers several major advantages, including a strategic geographic location, as well as access to key infrastructure and human resources, which will help to enable our success,” stated Pascal Jaussi, Founder and CEO of Swiss Space Systems.

The Kennedy Space Center is one of the locations S3 will evaluate as a main site of operations for small satellite launches, starting in 2018. In the near term, S3 will propose zero gravity (Zero G) flights onboard its latest-generation Airbus carrier aircraft in Florida starting in 2015. These flights will enable passengers and payloads to experience weightlessness like astronauts do in space, during approximately 20 seconds per parabolic flight, with a basic flight “mission” consisting of approximately 15 parabolas during a 2-hour flight. Throughout 2015, S3 will conduct a world tour of Zero G flights, operating in more than 15 locations around the world, including the Kennedy Space Center.

“Zero G flights will enable S3 to offer research institutes and universities, partners or clients the possibility to conduct extremely precise and demanding missions in various microgravity environments. However, we will also let the public live this one-of-a-kind experience through our online ticketing system for our flight campaigns around the world, as a way for us to democratize access to space,” outlines Robert Feierbach, Head of S3 USA. “We look forward to working with Space Florida as we establish our initial flight operations and evaluate opportunities for future expansion in the state,” added Feierbach.