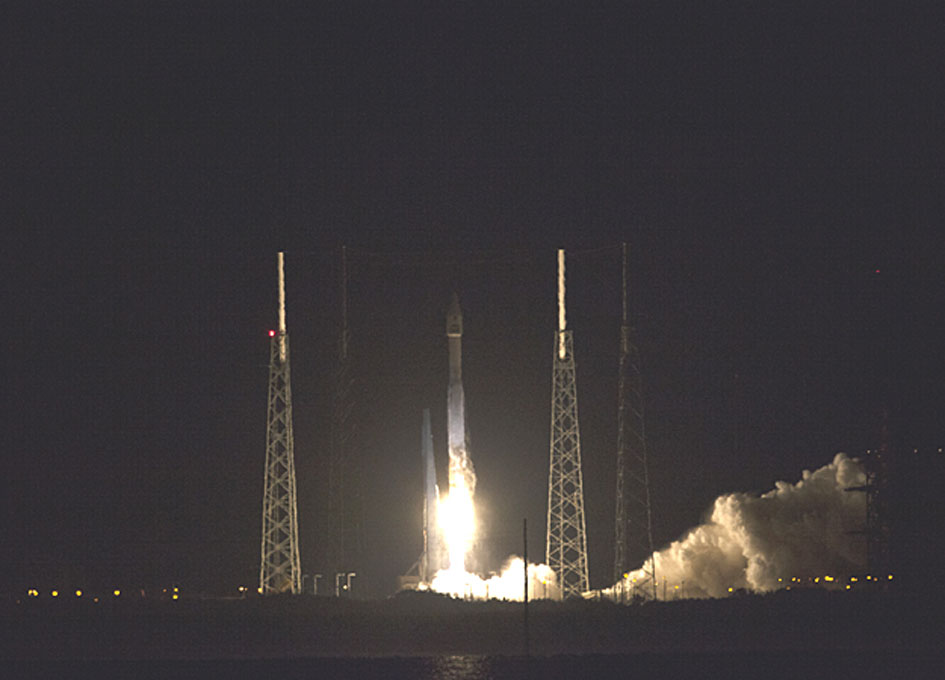 CAPE CANAVERAL, Fla., Jan. 23, 2014 - Boeing [NYSE: BA] has received the first on-orbit signals from the Tracking and Data Relay Satellite (TDRS)-L after a successful launch today, bolstering the tracking and communications network used by NASA and its customers.

The satellite launched on a United Launch Alliance Atlas V vehicle today at 9:33 p.m. Eastern time from Cape Canaveral Air Force Station, Fla. Controllers at the Boeing Mission Control Center confirmed initial contact with it one hours and 54 minutes later. After reaching final orbit, TDRS-L will undergo approximately three months of tests and calibration before its handover to NASA.

TDRS-L joins four other Boeing TDRS satellites in NASA's network. It is the second of three advanced versions of the satellites, with the third - TDRS-M - ready for launch in 2015.

Boeing has been providing vital space communication services to NASA for more than four decades.

A unit of The Boeing Company, Boeing Defense, Space & Security is one of the world's largest defense, space and security businesses specializing in innovative and capabilities-driven customer solutions, and the world's largest and most versatile manufacturer of military aircraft. Headquartered in St. Louis, Boeing Defense, Space & Security is a $33 billion business with 58,000 employees worldwide. Follow us on Twitter: @BoeingDefense.