NASA commercial crew partner Blue Origin of Kent, Wash., announced it has tested a new, hydrogen- and oxygen-fueled engine designed to lift the company's crewed Space Vehicle on future missions out of Earth's atmosphere. Blue Origin is one of the American companies developing next generation rockets and spacecraft capable of carrying humans to low-Earth orbit.

Blue Origin conducted the test of its BE-3 rocket engine on a stand at the company's West Texas facility near Van Horn on Nov. 20. The engine fired for 2 1/2 minutes, then paused for several minutes before re-igniting for a minute in a pattern that simulated a suborbital mission.

NASA's Commercial Crew Program (CCP) has been working with the company on several aspects of the engine's development. The program supported testing of the BE-3 under the agency's Commercial Crew Development Round 2 (CCDev2) initiative and continues to offer technical support. NASA and Blue Origin also are partnered in review and tests of the company's Space Vehicle design.

"Blue Origin has made steady progress since the start of our partnership under the first Commercial Crew Development round," said Phil McAlister, NASA's director of Commercial Spaceflight Development. "We're thrilled to see another successful BE-3 engine test fire."

During the test, the engine demonstrated a full mission duty cycle, mimicking the flight of the company's suborbital New Shepard vehicle by thrusting at 110,000 pounds in a 145-second boost phase, shutting down to simulate coast through apogee. The engine then restarted and throttled down to 25,000 pounds thrust to simulate controlled vertical landing.

Blue Origin's Orbital Launch Vehicle will use the BE-3 engine to propel the company's Space Vehicle into orbit. Unlike other boosters that burn once and then fall away to never be used again, the Reusable Booster System is designed to send a crew into space and then make a soft landing on Earth before being refurbished for another mission. The Space Vehicle is envisioned to carry people into orbit and could potentially carry astronauts to the International Space Station. 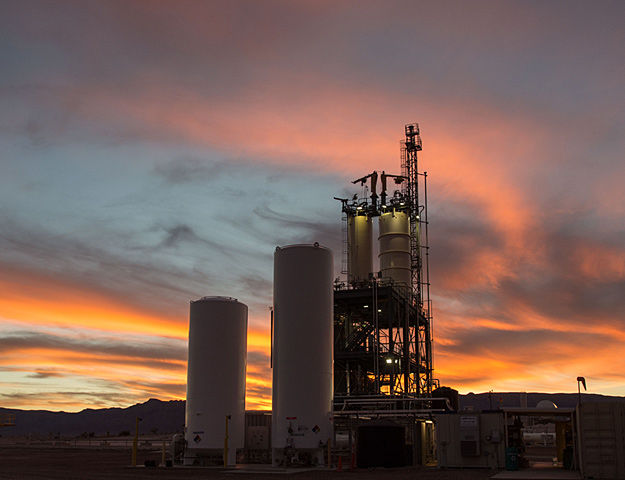 "Working with NASA accelerated our BE-3 development by over a year in preparation for flight testing on our New Shepard suborbital system and ultimately on vehicles carrying humans to low-Earth orbit," said Rob Meyerson, president and program manager of Blue Origin. "The BE-3 is a versatile, low-cost hydrogen engine applicable to NASA and commercial missions."

The engine firing comes about a year after the BE-3's thrust chamber was tested at NASA's Stennis Space Center in Mississippi. Developing a new rocket engine is one of the most difficult aspects of launch vehicle design because of the dynamics involved with creating a powerful machine that can safely operate in a range of -423 degrees Fahrenheit, the temperature of liquid hydrogen, to more than 6,000 degrees Fahrenheit in the engine during a firing. The BE-3 is the first new liquid-hydrogen rocket engine built for production since the RS-68, which was developed more than a decade ago for the Delta IV rocket family. 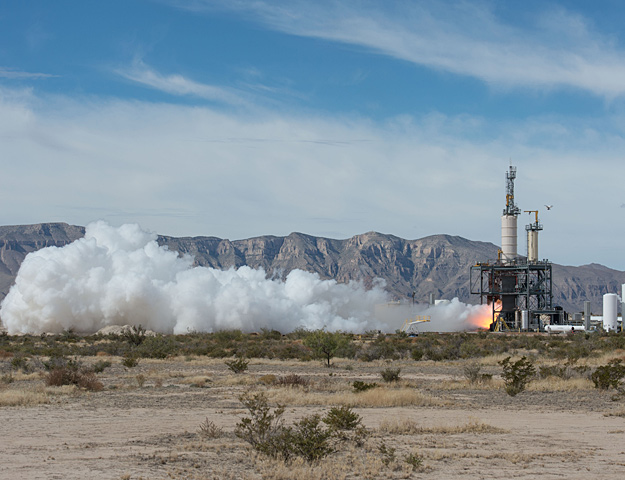 All of NASA's industry partners, including Blue Origin, continue to meet their established milestones in developing commercial crew transportation capabilities.