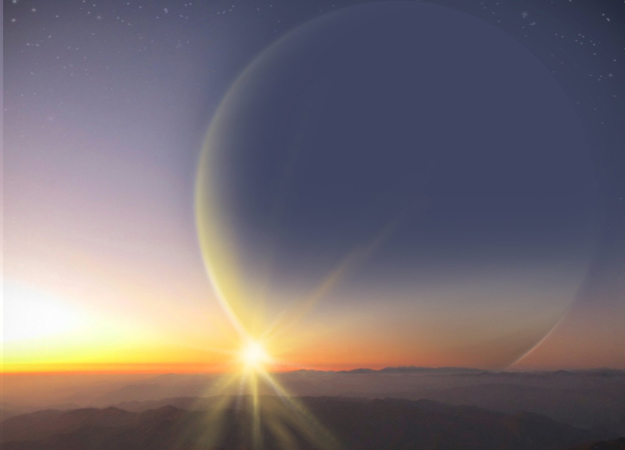 Volunteers from the Planethunters.org website, part of the Oxford University-led Zooniverse project, have discovered 15 new planet candidates orbiting in the habitable zones of other stars.

Added to the 19 similar planets already discovered in habitable zones, where the temperature is neither too hot nor too cold for liquid water, the new finds suggest that there may be a "traffic jam" of all kinds of strange worlds in regions that could potentially support life.

Rather than being seen directly, the new planet candidates were found by Planethunters.org volunteers looking for a telltale dip in the brightness as planets pass in front of their parent stars. One of the 15, a Jupiter-sized planet orbiting a Sun-like star, has been officially confirmed as a planet (with 99.9% certainty) after follow-up work with the Keck telescope in Hawai"i and has been named "PH2 b". It is the second confirmed planet to be found by Planethunters.org.

A report of the research has been submitted to the Astrophysical Journal and is released via arxiv.org on Monday 7 January 2013. "There's an obsession with finding Earth-like planets but what we are discovering, with planets such as PH2 b, is far stranger," said Zooniverse lead Dr Chris Lintott of Oxford University. "Jupiter has several large water-rich moons - imagine dragging that system into the comfortably warm region where the Earth is. If such a planet had Earth size moons, we"d see not Europa and Callisto but worlds with rivers, lakes and all sorts of habitats - a surprising scenario that might just be common."

Planethunters lead scientist Professor Debra Fisher of Yale University said: "We are seeing the emergence of a new era in the Planet Hunters project where our volunteers seem to be at least as efficient as the computer algorithms at finding planets orbiting at habitable zone distances from the host stars. Now, the hunt is not just targeting any old exoplanet - volunteers are homing in on habitable worlds."

Lead author Dr Ji Wang, also of Yale University, said: "We can speculate that PH2 b might have a rocky moon that would be suitable for life. I can"t wait for the day when astronomers report detecting signs of life on other worlds instead of just locating potentially habitable environments. That could happen any day now."

More than 40 volunteers are acknowledged in the paper for their contributions to the work. Among them is Roy Jackson, a 71-year-old retired police officer who lives in Birtley, near Gateshead. He said: "It is difficult to put into words, the pleasure, wonderment and perhaps even pride that I have in some small way been able to assist in the discovery of a planet. But I would like to say that the discovery makes the time spent on the search well worth the effort." Mark Hadley, an electronics engineer from Faversham, another of the Planet Hunters credited on the paper, said: "Now, when people ask me what I achieved last year I can say I have helped discover a possible new planet around a distant star! How cool is that?"

Dr Chris Lintott said: "These are planet candidates that slipped through the net, being missed by professional astronomers and rescued by volunteers in front of their web browsers. It's remarkable to think that absolutely anyone can discover a planet."

*Whilst PH2 b has been officially confirmed as a planet with 99.9% certainty all 14 other new candidates in the habitable zone are at least 90% certain to be planets.

*The paper, entitled "Planet Hunters. V. A Confirmed Jupiter-Size Planet in the Habitable Zone and 42 Planet Candidates from the Kepler Archive Data", has been submitted to the Astrophysical Journal and is released on 7 January viaarxiv.org: http://arxiv.org/abs/1301.0644