How to keep a Mars tumbleweed rover moving on rocky terrain 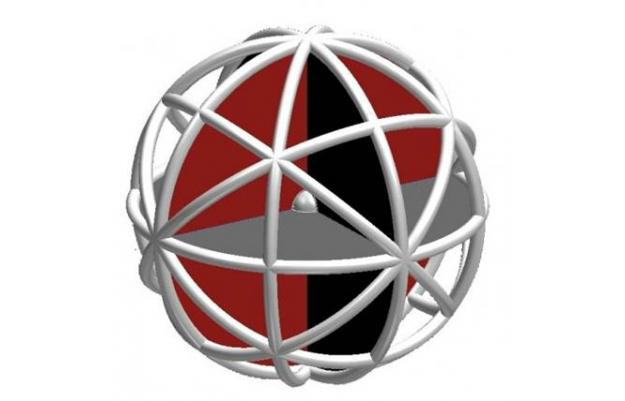 New research from North Carolina State University shows that a wind-driven "tumbleweed" Mars rover would be capable of moving across rocky Martian terrain - findings that could also help the National Aeronautics and Space Administration (NASA) design the best possible vehicle.

"There is quite a bit of interest within NASA to pursue the tumbleweed rover design, but one of the questions regarding the concept is how it might perform on the rocky surface of Mars," says Dr. Andre Mazzoleni, an associate professor of mechanical and aerospace engineering (MAE) at NC State and co-author of a paper describing the research. "We set out to address that question."

Mazzoleni and Dr. Alexander Hartl, an adjunct professor of MAE at NC State, developed a computer model to determine how varying the diameter and mass of a tumbleweed rover would affect its speed and ability to avoid getting stuck in Martian rock fields. Rock fields are common on the surface of Mars, which averages one rock per square meter.

"We found that, in general, the larger the diameter, and the lower the overall weight, the better the rover performs," Mazzoleni says. In addition, the study found that a tumbleweed rover would need to have a diameter of at least six meters in order to achieve an acceptable level of performance - meaning the rover could move through rock fields without getting stuck.

Using the model, the researchers also found that tumbleweed rovers are more likely to bounce than roll across the surface, due to the spacing of the rocks and the size of the rovers.

"Computer simulations are crucial for designing Mars rovers because the only place where you find Martian conditions is on Mars," says Mazzoleni. "Earth-based testing alone cannot establish whether a particular design will work on Mars." Mars has approximately three-eighths of Earth's gravity. And the atmospheric density on the surface of Mars is only duplicated around 100,000 feet above the Earth's surface.

Tumbleweed rovers are attractive because they can cover much larger distances, and handle rougher terrain, than the rovers that have already been sent to Mars - such as Spirit and Opportunity. "This model is a tool NASA can use to assess the viability of different designs before devoting the time and expense necessary to build prototypes," Mazzoleni says.

While tumbleweed rovers would lack the precise controls of the wheeled rovers, they would also not rely on a power supply for mobility - they would be literally blown across the Martian landscape by the wind.

The paper, "Terrain Modeling and Simulation of a Tumbleweed Rover Traversing Martian Rock Fields," is published in the March/April issue of the Journal of Spacecraft and Rockets. Hartl is lead author. The research was supported in part by North Carolina Space Grant and NASA.