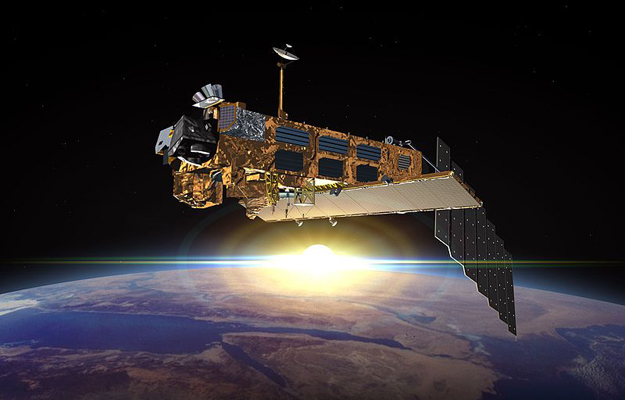 Just weeks after celebrating its tenth year in orbit, communication with the Envisat satellite was suddenly lost on 8 April. Following rigorous attempts to re-establish contact and the investigation of failure scenarios, the end of the mission is being declared.

A team of engineers has spent the last month attempting to regain control of Envisat, investigating possible reasons for the problem.

Despite continuous commands sent from a widespread network of ground stations, there has been no reaction yet from the satellite.

As there were no signs of degradation before the loss of contact, the team has been collecting other information to help understand the satellite's condition. These include images from ground radar and the French Pleiades satellite.

With this information, the team has gradually elaborated possible failure scenarios. One is the loss of the power regulator, blocking telemetry and telecommands.

Another scenario is a short circuit, triggering a 'safe mode' - a special mode ensuring Envisat's survival. A second anomaly may have occurred during the transition to safe mode, leaving the satellite in an intermediate and unknown condition.

Although chances of recovering Envisat are extremely low, the investigation team will continue attempts to re-establish contact while considering failure scenarios for the next two months.

The outstanding performance of Envisat over the last decade led many to believe that it would be active for years to come, at least until the launch of the follow-on Sentinel missions.

However, Envisat had already operated for double its planned lifetime, making it well overdue for retirement.

With ten sophisticated sensors, Envisat has observed and monitored Earth's land, atmosphere, oceans and ice caps during its ten-year lifetime, delivering over a thousand terabytes of data. An estimated 2500 scientific publications so far have been based on this information, furthering our knowledge of the planet.

During those ten years, Envisat witnessed the gradual shrinking of Arctic sea ice and the regular opening of the polar shipping routes during summer months.

Together with other satellites, it monitored the global sea-level height and regional variations, as well as global sea-surface temperatures with a precision of a few tenths of a degree.

Years of Envisat data have led to a better understanding of ocean currents and chlorophyll concentrations.

In the atmosphere, the satellite observed air pollution increase in Asia and its stability in Europe and North America, and measured carbon dioxide and methane concentrations. Envisat also monitored the Antarctica ozone hole variations.

Over land, it mapped the speed of ice streams in Antarctica and Greenland. Its images were used regularly to update the global maps of land use, including the effects of deforestation.

Envisat provided crucial Earth observation data not only to scientists, but also to many operational services, such as monitoring floods and oil spills. Its data were used for supporting civil protection authorities in managing natural and man-made disasters.

Envisat has also contributed valuable information to the services within Europe's Global Monitoring for Environmental Security (GMES) programme, paving the way for the next generation of satellites.

Now with the end of the mission, the launch of the upcoming GMES Sentinel satellites has become even more urgent to ensure the continuity of data to users, improve the management of the environment, understand and mitigate the effects of climate change and ensure civil security.