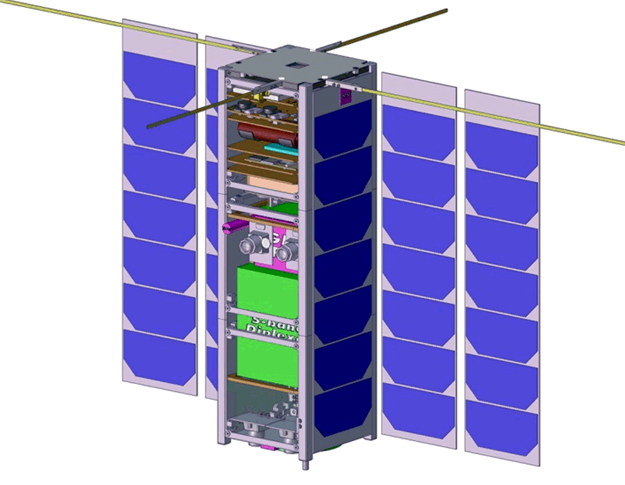 How do you test ground-breaking satellite software under real flight conditions? Why not build a satellite? A new design developed by ESA promises new opportunities for European space industry to test software on an actual mission in space.

The popular image of a 21st-century satellite includes a sleek design, gossamer solar arrays, ultra-high-tech components and cutting-edge digital electronics. And the onboard software must be the very latest thing, too, right?

Wrong. Or, at least, the reality is much more prosaic: software used in satellites today is certainly good, but it rarely runs the latest operating systems, languages or interfaces.

"Space software is generally older because it is selected for its proven, rock-solid reliability rather than its use of the latest and newest programming technologies," says Dave Evans, a mission concept engineer at ESOC, ESA's European Space Operations Centre, Darmstadt, Germany.

"ESA is still using the Packet Utilisation Standard to control our satellites, which was defined in 1994.

"Today, the software for terrestrial computers has completely changed. Who else do you know still using software from 1994? Back then, PCs were running Windows 3.1 with 3.5-inch floppy disks."

There are many reasons why satellites continue to use decades-old, tried-and-trusted software based on older technical standards.

It's not because satellite designers and builders aren't innovative. On the contrary, some of the best ideas in software development come from the space industry.

"However, with mission-critical software, there's a lot of risk-aversion, which is very understandable," says Mario Merri, Head of the Mission Data Systems Division at ESOC.

"No one wants to use new and possibly problematic software on a multi-million-euro mission in space."

Traditionally, one of the major barriers to providing updated software for use in space has been the lack of opportunities to test new tools, systems and procedures.

It's difficult and expensive to replicate in-orbit conditions using an Earth-bound simulator, yet this is precisely the tough standard that new space software must meet.

Dubbed Ops-Sat, for Operations Satellite, it is specifically designed to allow controlled testing and validation of critical onboard and ground software.

The design calls for a CubeSat configuration, measuring just 30x10x10 cm and costing far less than a traditional scientific or Earth observation satellite.

"The secret behind the Ops-Sat design is that the satellite is easily recoverable from the effects of 'buggy' software and we use commercial, off-the-shelf processors to provide increased computing power compared to normal spacecraft," says Dave.

"We can completely replace the entire onboard software suite with new and fresh code more or less daily, allowing developers to troubleshoot their products in a real but safe environment."

Ops-Sat has generated considerable interest from European industry, which sees the possibilities for demonstrating new concepts, ideas and products that presently have difficulty breaking into mainstream spacecraft design.

This could accelerate innovation and lower costs in the field of satellite control.

So when will Ops-Sat be flying?

"We are planning on a 2013 start, but are already in discussions to perform some predevelopment of critical components this year," says Mario.

"If all goes according to plan and we get a favourable launch opportunity, we could be operational by early 2015."

"Ops-Sat likely represents very good value for money and an excellent return on investment, and will really help European industry bring their innovative software into service."