Images from the recent flyby of Phobos, on 7 March 2010, are released today. The images show Mars' rocky moon in exquisite detail, with a resolution of just 4.4 metres per pixel. They show the proposed landing sites for the forthcoming Phobos-Grunt mission.

ESA's Mars Express spacecraft orbits the Red Planet in a highly elliptical, polar orbit that brings it close to Phobos every five months. It is the only spacecraft currently in orbit around Mars whose orbit reaches far enough from the planet to provide a close-up view of Phobos.

Like our Moon, Phobos always shows the same side to the planet, so it is only by flying outside the orbit that it becomes possible to observe the far side. Mars Express did just this on 7, 10 and 13 March 2010. Mars Express also collected data with other instruments.

Phobos is an irregular body measuring some 27 22 19 km. Its origin is debated. It appears to share many surface characteristics with the class of 'carbonaceous C-type' asteroids, which suggests it might have been captured from this population. However, it is difficult to explain either the capture mechanism or the subsequent evolution of the orbit into the equatorial plane of Mars. An alternative hypothesis is that it formed around Mars, and is therefore a remnant from the planetary formation period. 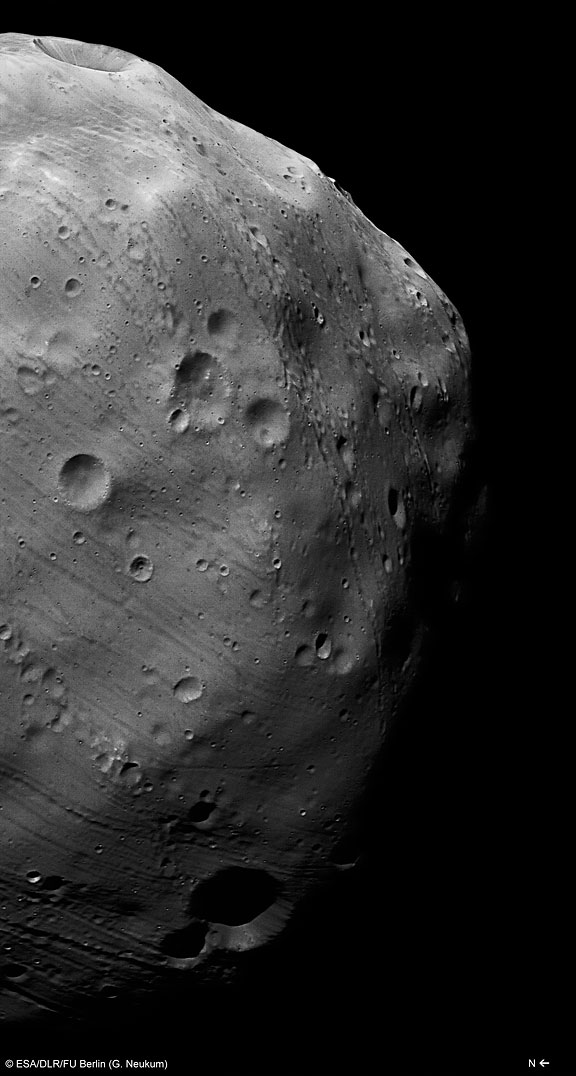 In 2011 Russia will send a mission called Phobos-Grunt (meaning Phobos Soil) to land on the martian moon, collect a soil sample and return it to Earth for analysis.

For operational and landing safety reasons, the proposed landing sites were selected on the far side of Phobos within the area 5*S-5*N, 230-235*E. This region was imaged by the HRSC high-resolution camera of Mars Express during the July-August 2008 flybys of Phobos. But new HRSC images showing the vicinity of the landing area under different conditions, such as better illumination from the Sun, remain highly valuable for mission planners. 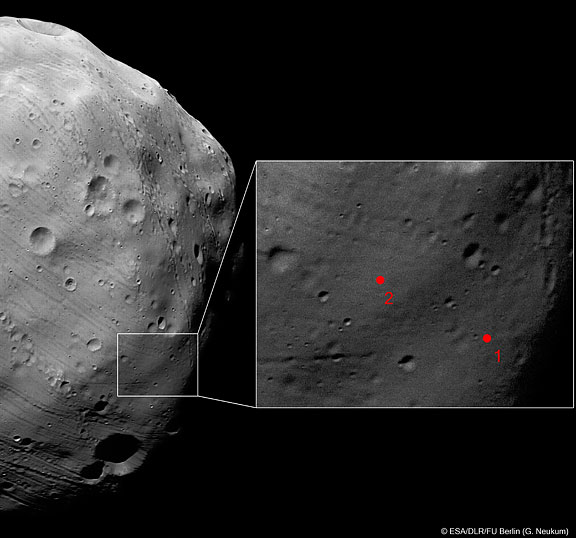 It is expected that Earth-based ESA stations will take part in controlling Phobos-Grunt, receiving telemetry and making trajectory measurements, including implementation of very long-baseline interferometry (VLBI). This cooperation is realized on the basis of the agreement on collaboration of the Russian Federal Space Agency and ESA in the framework of the 'Phobos-Grunt' and 'ExoMars' projects. 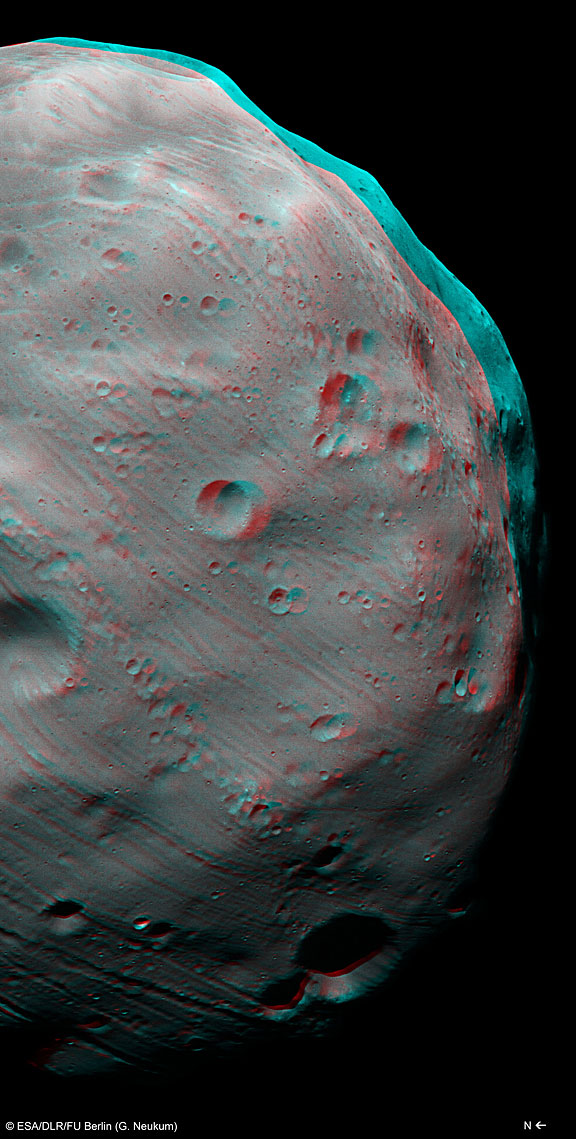 Article and images are available at:
http://www.esa.int/esaSC/SEMK17CKP6G_index_0.html

Updates as the flybys take place will be posted on the Mars Express blog at:
http://webservices.esa.int/blog/blog/7