Optech Incorporated, the global market leader in the development, manufacture and support of advanced, laser-based survey systems, announced today that is has been selected by the Canadian Space Agency to lead the study of a Canadian-led mission to Phobos, the largest moon of Mars. The proposed Phobos Reconnaissance and International Mars Exploration ("PRIME") mission was selected from among 12 proposals received by the Canadian Space Agency last year to be the object of a concept and feasibility study.

The focus of the study will be to outline a Canadian-led mission that could rendezvous, study and land on Phobos, one of the solar system's most mysterious objects. Scientists believe Phobos may hold clues to the origin and evolution of Mars and the solar system. Several missions by Russia and other countries have come close to Phobos, but study leader Dr. Robert (Bob) Richards, Director of Optech's Space Division, thinks that Canada and its international partners have the right stuff to get to the surface and unlock some its mysteries. "This mission would be a wonderful evolution of Canada's leadership role in planetary science and exploration to support the advancement of human knowledge of Mars and our solar system," said Dr. Richards. 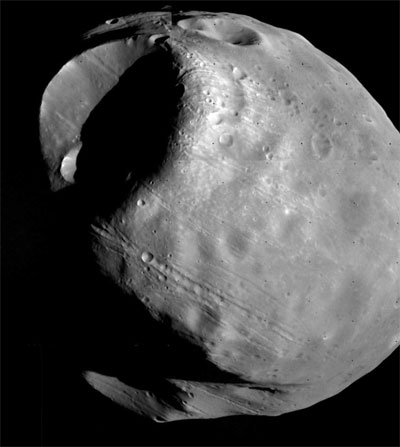 The "PRIME" mission concept includes sophisticated instrumentation packages based on Optech's proprietary lidar technology, already used in space. Optech lidar remote sensing technology would be adapted to map the surface of the Phobos and help guide the spacecraft to a specified landing site. The mission would take place under the guidance of an international team of scientists led by Principal Investigator Dr. Pascal Lee of the Mars Institute and Deputy Principal Investigator Dr. Alan Hildebrand of the University of Calgary.

The PRIME study is guided by an international science team led by Dr. Pascal Lee of the Mars Institute and the University of Calgary's Dr. Alan Hildebrand, one of Canada's pre-eminent planetary geologists. Dr. Lee is a planetary scientist with expertise on studies of Mars and small bodies. He is an advocate of continuing efforts to put robots and eventually humans on Mars and has been leading the Mars Analogue studies funded by NASA and the CSA in the Canadian Arctic for several years. He views Phobos as an important step in the exploration of Mars and is excited about how PRIME could advance scientific knowledge of the Martian moon and eventually the human exploration of Mars. "Phobos represents a potential key to unlocking many mysteries of Mars and a stepping stone for human journeys to Mars," Dr. Lee said at the project science team meeting hosted by the Mars Institute in Vancouver, Canada. "Phobos's origin remains enigmatic, and learning what it is made of and where it came from is important for advancing not just Phobos or Mars exploration, but our broader understanding of the cosmos."

The PRIME science team has tentatively selected a specific and compelling feature on the surface of Phobos as the target landing site. Popularly known as the "Phobos Monolith", it is a building-sized object that appears to be a boulder exposed relatively recently in an otherwise desolate area of the asteroid-like moon. Scientists on the PRIME team are interested in such boulders as they might represent unique opportunities to examine actual samples of Phobos's bedrock up close. PRIME Deputy Principal Investigator Dr. Alan Hildebrand believes that the Phobos Monolith could hold the answers to the moon's composition and history. "If we can get to that object, we likely don't need to go anywhere else," he advised the science team. 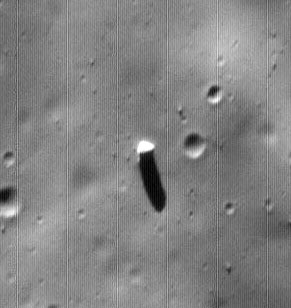 Phobos compelling feature known as the "Phobos Monolith" will be the target landing site for the rock-dock maneuver.

Canadian lidar technology is the critical capability that enables such a precise landing. Because the gravity of Phobos is so low, a mission to its surface resembles a spacecraft rendezvous and docking procedure more than a spacecraft landing on a larger planet. "We know how to do this," Richards suggested to the science team, "our sensors are already designed to help spacecraft rendezvous and dock in Earth orbit." The PRIME mission design study is now based on what has come to be known as the "rock-dock" maneuver. The PRIME science team believes that this maneuvering capability is critical to exploring most asteroids and comets, known as small solar system bodies, because it enables study of selected "outcrops" representative of the objects' interiors.