Using Hubble's Advanced Camera for Surveys, preliminary assessments suggest a newly discovered abundance of titanium and iron oxides. They may be sources of oxygen and a potential resource for human exploration.

The conference will be live on NASA TV with question-and-answer capability from participating agency centers. To ask questions by phone, reporters should call: 888/843-6165 or 773/756-0455; provide the passcode "moon." NASA TV is available on the Web and on an MPEG-2 digital signal accessed via satellite AMC-6, at 72 degrees west longitude, transponder 17C, 4040 MHz, vertical polarization. It's available in Alaska and Hawaii on AMC-7 at 137 degrees west longitude, transponder 18C, at 4060 MHz, horizontal polarization. A Digital Video Broadcast compliant Integrated Receiver Decoder is required for reception. For NASA TV information and schedules on the Web, visit: http://www.nasa.gov/ntv For information about NASA and agency programs on the Web, visit: http://www.nasa.gov/home

Editor's note: More detailed information can be found at "Why Is Hubble Looking at Apollo Landing Sites?", 18 August 2005, NASA Watch

We propose to use the ACS/HRC to delineate UV through visible color units at three test sites on the lunar surface for the purpose of identifying localized areas enriched in potential resources, including TiO2. This pathfinding experiment will make use of HST's unique high resolution imaging capabilities in the near UV. We will observe the Apollo 15 and 17 sites to establish an empirical calibration against sampled lunar soils. We will then observe the Aristarchus Plateau in search of regions enriched in TiO2 at levels that could permit in situ resources utilization activities that support sustained human exploration. Precision mapping of TiO2 abundance and other chemical proxies by virtue of HST's high angular resolution in near UV wavelengths will extend lower resolution Visible-NIR results obtained from orbit by Clementine, and set the stage for future orbital surveys later in the decade. Understanding whether there are lunar near-side sites with adequate resource potential to target human "sorties" and related robotic precursor missions represents an important decision point in NASA's implementation of the President's Vision for Space Exploration. The proposed HST ACS/HRC test data directly support near-term engineering trades associated with the optimal location for the first human return missions to the Moon. No past, current, or planned future lunar orbiting spacecraft will have the ability to investigate the near UV aspects of the lunar spectrum at such scales (~ 50m), so the results of the proposed HST observations are unique and relevant to NASA's mission." 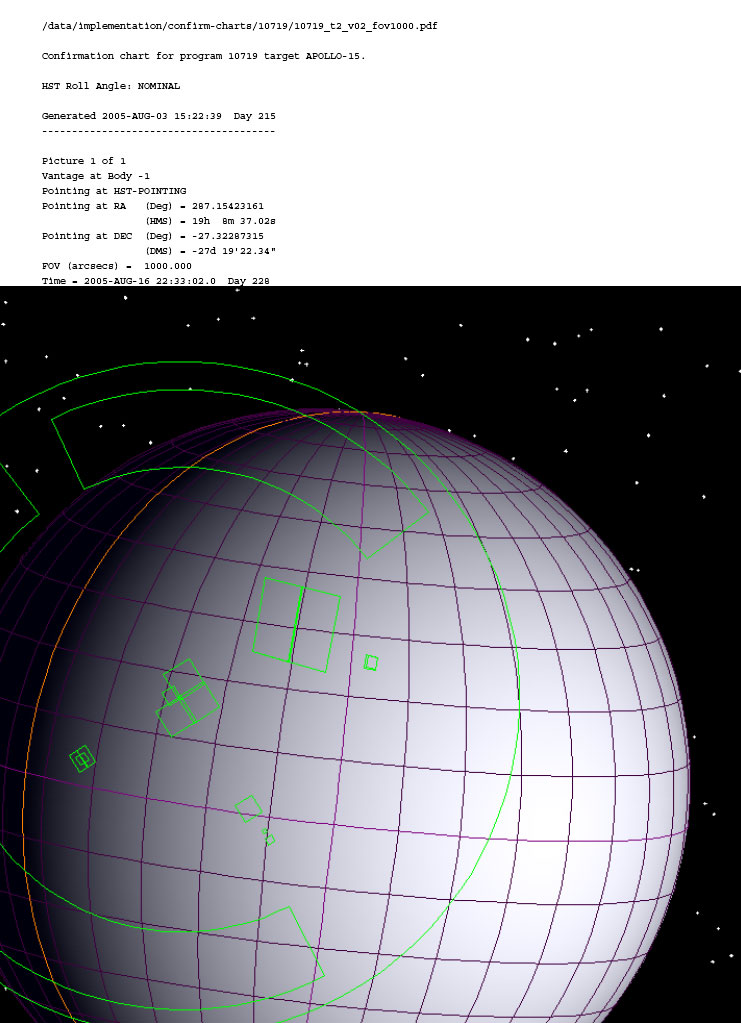